MAGA Hat-Wearing Teen Just Got a Settlement From CNN. Media: Learn Your Lesson. 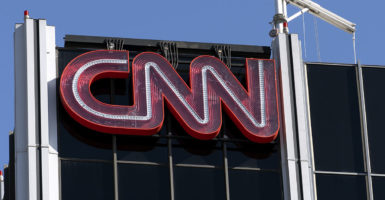 While the media often portray themselves as noble guardians of the truth who keep a close watch on those in power, the reality is quite the opposite: It is they who are in power and often swoop down to crush the powerless.

This was the case in the frenzy surrounding Nick Sandmann, a teenage student at Covington Catholic High School who donned a “Make American Great Again” hat and became cast as a national villain overnight.

On Tuesday, Sandmann enjoyed some measure of vindication. After suing multiple media outlets for libel, including the Washington Post, he confirmed that CNN had reached a settlement with him for damages and “emotional distress” caused by the network’s coverage of the viral incident that took place in 2019.

The financial terms of Sandmann’s settlement were not disclosed.

In January 2019, a series of major media outlets published stories about a videotaped encounter he had with a Native American activist in Washington, D.C. That viral video proved to be highly deceptive, as was the media account about the incident, which painted a complex scene in simple terms.

It was a shameful example of media outlets rushing to fuel a preconceived narrative, recklessly pursuing a story with a high potential for “rage clicks” as well as high potential to permanently harm a teenager who never sought the public spotlight.

This story was fake news built on top of fake news, a leading example of why Americans have lost trust in media and journalists. It was Example A of how the media can fail to act with appropriate objectivity in the search to shine a light on those in power, and can instead be weaponized against the powerless who don’t have favored status in America’s elite newsrooms.

Celebrities, politicians, and social media mobs did the work of piling on to destroy a young person who had been carelessly dropped into the maelstrom.

In a now-deleted tweet, former CNN host Reza Aslan said that Sandmann had a “punchable face.”

The whole situation was a fine example of why the Founders distrusted unchecked democracy.

Crowds can easily be ginned up into a mob by false information, and as the frenzy peaks, the rights and very lives of individuals can be ruthlessly trampled on.

None of this would have happened if CNN and other outlets had been more cautious in their reporting on a story with such explosive potential. Instead, they were derelict.

They chose to push the tale that Sandmann acted in an aggressive and racist manner toward a Native American man, who simply wanted to protest peacefully and play music.

As my colleague, Katrina Trinko, wrote at the time: “Finally, [the media] had a piece of proof that supported their cherished narrative: that most Trump supporters were bigots and racists who backed the wall and other initiatives because of their racist views.”

Only after these stories were published, and the mobs had been armed with their digital pitchforks, did a slow trickle of information begin to reveal the reality of the situation.

With time, it became clear that the facts did not support the misleading initial reports and commentary.

Sandmann, it turns out, had not been the aggressor in the situation. The Native American man, Nathan Phillips, actually approached the teen after being egged on by a group of Black Hebrew Israelites, a black nationalist group, who had been yelling out racist and other derogatory comments, but were completely absent in the initial reporting.

In addition, many outlets initially reported (falsely) that Phillips was a “veteran,” which of course increased the rage toward Sandmann. That turned out not to be true after a review of his military records, which revealed that he had briefly been in the U.S. Marines, but never deployed.

In the end, the media’s forced story collapsed under the weight of evidence.

One would hope that the Covington fiasco would be a wake up call for the media, a “teachable moment.”

But given all of the other media follies in the last few years and a poor response to public criticism, it seems unlikely the media will change their ways.

To win back the public, media outlets need to ditch their preconceived narratives and work harder to find the truth.