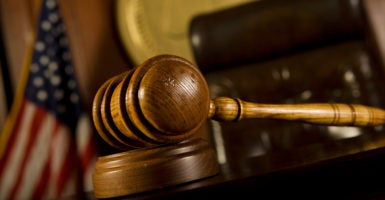 The Arizona Supreme Court sided with two Christian artists who could have been fined and jailed under a local ordinance for declining to produce same-sex wedding invitations. (Photo: IPGGutenbergUKLtd/Getty Images)

The Arizona Supreme Court handed a win to two Christian artists Monday in the latest dispute over religious liberty and nondiscrimination laws.

The court ruled 4-3 that the city of Phoenix cannot use a local nondiscrimination ordinance to coerce the owners of an art studio into creating custom wedding invitations that express messages that violate their deeply held religious beliefs. The two women had declined to make invitations for a same-sex wedding.

The city argued, based on the local ordinance, that they should face punitive damages and jail time.

This decision marks a significant win for religious liberty and free speech. It comes just weeks after a similar 8th U.S. Circuit Court of Appeals ruling in a case involving Christian filmmakers, and a year after the Supreme Court’s landmark ruling in favor of Christian baker Jack Phillips in Masterpiece Cakeshop v. Colorado Civil Rights Commission.

Joanna Duka and Breanna Koski, owners of Brush & Nib Studio in Phoenix, had to be proactive to protect themselves. The firm representing them, Alliance Defending Freedom, sued on their behalf before they ever received any requests to make art for same-sex weddings.

Had they received a request and denied it, citing their religious beliefs, the Phoenix ordinance could have landed them in jail for up to six months, with a $2,500 fine and three years of probation for each day they violated the ordinance.

Thankfully, the court received their preemptive lawsuit and held that the city’s use of the ordinance to potentially bully business owners about their beliefs and art would violate their First Amendment rights.

As the court noted, “[A]n individual has autonomy over his or her speech and thus may not be forced to speak a message he or she does not wish to say.”

The city of Phoenix tried to make this case about discrimination based on identity, saying that the women would refuse service to gay couples based on their sexual orientation. But that is a gross misunderstanding of the case.

The two women in this case would gladly serve gay individuals. As their attorneys explained during the case, “These women of deep religious faith gladly serve everyone, including those in the LGBT community; their faith simply prevents them from expressing certain messages for anyone.”

They added, “[T]his case is not about whether businesses can decline to serve an entire class of people. It is about whether artists can freely choose which messages their own art conveys.”

The court’s decision in Brush & Nib Studio v. City of Phoenix is truly a breath of fresh air. It puts forward a big, holistic vision of the rights of free speech and free exercise that are protected by the Constitution.

These rights go well beyond what a person may say privately in his home or at church or among friends and family. The Constitution goes further and “protect[s] the right of every American to express their beliefs in public. This includes the right to create and sell words, paintings, and art that express a person’s sincere religious beliefs.”

In a statement after the ruling, Jonathan Scruggs, who argued on behalf of Duka and Koski, said, “Joanna and Breanna will now be able to create custom wedding invitations and to communicate about their beliefs without fear of government punishment, as any artist should be free to do. This isn’t just a victory for them. It’s a victory for everyone.”

It’s important to note this ruling did not provide a blanket exemption from the ordinance for Duka and Koski to operate their business in whatever way they desire, or in a discriminatory manner. The exemption only applies to the creation of custom wedding invitations that are “materially similar to those contained in the record.”

In the end, the court championed free expression as essential for a society with evolving views. The court noted:

Duka and Koski’s beliefs about same-sex marriage may seem old-fashioned, or even offensive to some. But the guarantees of free speech and freedom of religion are not only for those who are deemed sufficiently enlightened, advanced, or progressive. They are for everyone. After all, while our own ideas may be popular today, they may not be tomorrow. Indeed, “[w]e can have intellectual individualism” and “rich cultural diversities … only at the price of allowing others to express beliefs that we may find offensive or irrational.”