Theresa May Bungled Brexit. Now, the Voters Will Have Their Say. 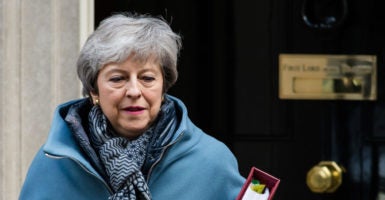 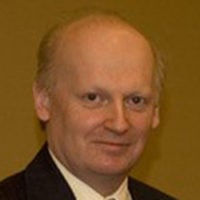 Prime Minister Theresa May and her government never liked Brexit.

The compromise deal they devised would create more problems than it would solve, which is why it has been rejected three times in Parliament already. But they refuse to give it up.

They gambled that they would finally be able to pass it through Parliament in time to prevent Britain having to take part in the EU elections—and they have failed.

May’s deputy, David Lidington, admitted this week that the government “very much hoped that we would be able to get our exit sorted and have the treaty concluded so that those elections did not have to take place.”

But on May 23, almost three years after 17.4 million Britons voted to leave the EU, British politicians will ask people to vote them back into its parliament.

These elections will cost Britain around 150 million pounds. Party volunteers across the country are having to explain to taxpayers why they have to foot that bill. Of course, this is loose change compared to the 39 billion pounds May has agreed to hand over to the EU in her Brexit package.

The prime minister also stated that the newly elected British members of the European Parliament will only have to serve until July 1, as she still believes her deal will get passed by then.

But to the public, these elections seem absurd. Many at the constituency level have refused to campaign—and who can blame them?

In the meantime, May is still trying to reach an agreement with the Labour Party to get its support to make up for Conservatives who are refusing to vote for her deal.

Having just been hammered in the recent local elections, neither party wants to get humiliated twice in a month. But Labour may extract a high price in exchange for supporting May’s deal. It may insist that Britain remain in the EU’s customs union, or that Britain hold a “confirmatory vote”—essentially a second referendum. Both ideas would only cause a further meltdown of support among Conservatives.

Still, out of those ashes a phoenix doth rise. Nigel Farage’s new Brexit Party was only registered on Feb. 5 this year, and yet it is already the favorite to win the most votes and seats in the European ballot.

The latest YouGov poll gives it 30% of the U.K. vote, while Labour is in second place with 21% and the Conservatives have just 13%.

The results for last week’s local elections across England and Northern Ireland were embarrassing for both Conservatives and Labour, giving a clear indication of voter dissatisfaction with the two main parties.

Not all local councils were on the ballot, but Conservatives lost a massive 1,300+ seats and Labour also took a big hit. The U.K. Independence Party should have made gains, but with its charismatic former leader Farage now gone, its appeal has diminished. Farage’s new Brexit Party wasn’t able to field candidates in time for the election.

The biggest winners? The Liberal Democrats had their best results ever, and the Green Party did well, too. Both wish to overturn Brexit, so does this reflect a change in public opinion? Or were they just benefitting from temporary protest votes?

A clearer indication will come in the European parliamentary elections, where the Brexit Party is standing in all seats.

The Brexit Party’s first member of Parliament could be elected as soon as June when a by-election is held in Peterborough. That district’s former Labour representative, Fiona Onasanya, was removed by a public recall petition after she was sent to jail for lying to police over a speeding offense.

She was released early, enabling her to vote to block the no-deal exit and delay Britain’s EU departure. That bill passed with a majority of just one. How ironic if her vacant seat now becomes the launch pad for the Brexit Party in Parliament.

When the European election day comes, the party of Churchill and Thatcher could face one of the worst days in its 185-year history. And the collapse would be entirely of the Conservatives’ own making, as they voted May in as prime minister and then failed to remove her when they had the chance.

Britain is in for a rocky road these next few months.