How Trump Can Scale Back Birthright Citizenship Without Congress 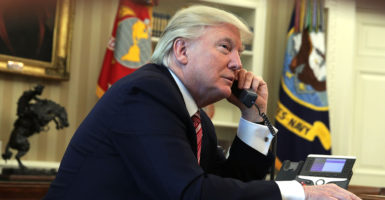 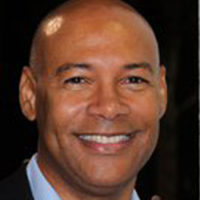 Walter Myers III is an adjunct lecturer at Biola University and a small business owner with over two decades of experience at America's leading technology firms. He serves as program chairperson for the Lincoln Club of Orange County, a pro-business PAC.

The reaction from the political and chattering classes was uniformly hysterical. Democrats called it racist. Many Republicans, including then-outgoing Speaker of the House Paul Ryan, dismissed the move as “obviously” unconstitutional.

Yet the case for ending birthright citizenship is quite strong, on both legal and economic grounds.

The text of the Constitution does not define who qualifies for American citizenship, and it gives Congress exclusive power over naturalization. The 14th Amendment, which Congress passed in 1868 to enshrine core legal rights for newly freed slaves and their children, grants citizenship to “all persons born or naturalized in the United States, and subject to the jurisdiction thereof.”

That last clause—”subject to the jurisdiction thereof”—generates the current controversy over birthright citizenship. Advocates of the status quo argue that a child born to illegal immigrants or tourists clearly qualifies, since the newborn child is “subject” to our laws.

The federal government has adhered to this interpretation only since 1940.

>>> Birthright Citizenship: A Fundamental Misunderstanding of the 14th Amendment

Nowadays, each year approximately 200,000 children are born in the United States to foreign tourists, students, and temporary guest workers, according to the Center for Immigration Studies. And roughly the same number are born to illegal immigrants, according to Pew Research. The government grants U.S. citizenship to all of them.

The 14th Amendment’s authors would have disagreed with this practice. Sen. Lyman Trumbull of Wisconsin, a key voice in the adoption of the amendment, explicitly said the phrase “subject to the jurisdiction thereof” means “[n]ot owing allegiance to anyone else,” namely, a foreign government. He went on to say, “It is only those persons who come completely within our jurisdiction, who are subject to our laws, that we think of making citizens.”

This is a reference to “partial, territorial jurisdiction.” As John Eastman, former dean of the Chapman School of Law, has said, this is different from “complete political jurisdiction,” which entails allegiance to the political sovereign.

Just a few years after the amendment’s adoption, the Supreme Court confirmed that birthright citizenship is not universal. In the Slaughter-House cases of 1872, the court said the jurisdiction clause was intended to exclude “children of ministers, consuls, and citizens or subjects of foreign states born within the United States.”

In other words, the amendment’s framers didn’t intend to grant citizenship to people who owed loyalty to a foreign government or tribe even though they were born on U.S. soil. In fact, it wasn’t until 1924 that Congress decided to offer citizenship to Native Americans and their children.

Nonetheless, modern interpretations of the 14th Amendment continue to ignore the authors’ clear intent—a fact that many foreign nationals exploit.

Consider the perverse practice of birth tourism, in which foreigners sneak across the border or come to the United States legally on tourist visas, give birth in U.S. hospitals, and then return home with their children. Once those children grow up, they can sponsor their parents, spouses, and siblings for green cards. Up to 36,000 birth tourism babies gain citizenship each year, according to the Center for Immigration Studies.

The United States is one of the only developed nations in the world that offers birthright citizenship to the children of tourists and illegal immigrants. All European Union countries have abolished the practice of granting birthright citizenship irrespective of the parents’ immigration status. So have Australia and New Zealand.

The president wouldn’t need an act of Congress to change how executive agencies interpret and apply the 14th Amendment’s jurisdictional clause. He could simply instruct the Social Security Administration and State Department to issue Social Security numbers and passports only to children born to U.S. citizens and legal permanent residents.

The executive branch previously exercised this authority in 1995 when the State Department barred automatic citizenship for children born to foreign diplomats.

These concerns over who is eligible to birthright citizenship are more than just legal and constitutional. The status quo encourages more illegal immigration, which ultimately harms American taxpayers.

Foreigners know that if they illegally journey to the United States and give birth, their children will be eligible for a host of welfare benefits—and the parents can share in these spoils. Eighty-seven percent of households headed by illegal immigrant parents utilize at least one welfare program, according to U.S. Census Bureau data. By contrast, only half of native households rely on any form of welfare.

States are flailing under this financial burden. The average California household, for instance, pays nearly $2,400 a year to support the state’s illegal immigrant population, which, at almost 3 million, is the largest in the country. The total cost to the country as a whole is $135 billion a year, by one estimate.