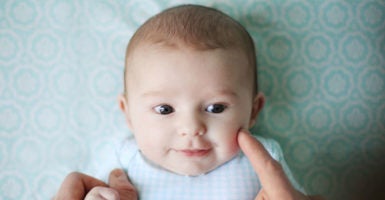 The rule states that “none of the funds appropriated for Title X may be used in programs where abortion is a method of family planning.” The move will force Planned Parenthood and other abortion clinics to separate health services such as cancer screenings, pap smears, and breast exams from their abortion services, Politico reported.

Title X grant recipients were already banned from conducting abortions with these federal funds before Friday’s ruling, according to The Washington Post.

The rule also “requir[es] the physical and financial separation of Title X projects and facilities from programs and facilities where abortion is a method of family planning,” according to the text.

Planned Parenthood receives between $50 million and $60 million every year in Title X funds, according to Politico.

Planned Parenthood provides services to just over 40 percent of Title X patients, reported the Post, and “receives about $60 million from the program.”

“It is absolutely appropriate that the new Title X regulations take into account the difference between abortion and healthcare. Abortion is neither healthcare nor family planning which is why the Title X program has no business funding it,” March for Life President Jeanne Mancini said in a statement.

“The Title X program was not intended to be a slush fund for abortion businesses like Planned Parenthood,” pro-life Susan B. Anthony List President Marjorie Dannenfelser said, according to a press release, applauding the president’s move.

Planned Parenthood did not respond to The Daily Caller News Foundation’s request for comment in time for publication.

This is a tremendous step toward getting taxpayers out of the abortion business, but two challenges still remain: 1) this rule, though fully within the authority of the administration, will be immediately challenged by the abortion industry and held up in court by liberal judges before it can be implemented; and 2) the biggest pot of taxpayer funding for Planned Parenthood still remains intact: hundreds of millions of dollars in Medicaid funds annually.

After the incontrovertible evidence of Planned Parenthood harvesting and trafficking in the body parts of the babies it aborted, after the decades of documented child sexual abuse that Planned Parenthood has covered up, and after its own reporting shows that most of its health services are declining while it continues to increase abortions, I am confounded as to why any member of Congress thinks Planned Parenthood is a good—let alone moral—use of taxpayer money.

Congress must finish the job that President Trump has started and fully and finally get the taxpayer out of America’s biggest abortion business.