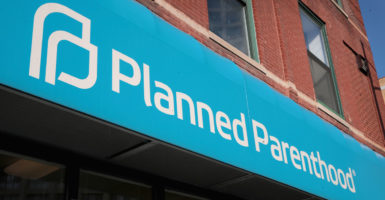 Texas has always thought so, which is why the state has worked for years to put the brakes on the organization’s government-funded gravy train. Now, thanks to the Trump administration, the Lone Star State finally has the right to try again.

Under former President Barack Obama, it wasn’t just suggested that states send a portion of their Medicaid dollars to Planned Parenthood—it was required. Like a lot of Americans, President Donald Trump didn’t think the government should be telling states how to spend their money. So, he overturned the rule and wrote his own, insisting that legislatures could decide for themselves.

Naturally, Planned Parenthood wasn’t exactly thrilled at the thought of losing Texas’ $3.1 million, so it took the state to court. Late last week, a three-judge panel of the 5th U.S. Circuit Court had its say—and, to the abortion group’s surprise, it ruled on behalf of taxpayers.

Writing for the majority, Judge Edith Jones explained that the lower court had no reason to issue an injunction, especially when the $3.1 million that Texas is trying to withhold from Planned Parenthood is a “smidgen” of the $57 million its affiliates earn each year.

Just as importantly, the panel also handed a huge moral victory to the Center for Medical Progress, whose undercover videos have been ruled inadmissible in other courts. In this instance, Texas used the footage as one of its major arguments for defunding the group.

“One of the incriminating videos,” Live Action points out, “was shot inside Planned Parenthood Gulf Coast in Texas, where a Planned Parenthood employee explained that making it look like they didn’t profit from fetal tissue was ‘just a matter of line items.‘ Another video featured abortionist Amna Dermish of Planned Parenthood of Greater Texas discussing how she more effectively harvests fetal body parts during abortions.”

The left has argued since the first tape was released in 2015 that the videos have been “doctored.” This court disagreed, reminding everyone that the footage had undergone forensic review and weren’t “deceptively edited.” If other judges agree, that will destroy one of Planned Parenthood’s central arguments.

Until then, states have a compelling argument for taking matters into their own hands when it comes to Planned Parenthood dollars. If their policies end up in the courts, as the left almost guarantees they will, then we can all be thankful that Trump is putting his own stamp on those as well.

With record numbers of men and women on the bench who respect the rule of law, it’s only a matter of time until America’s pro-life sentiment becomes its legal precedent.