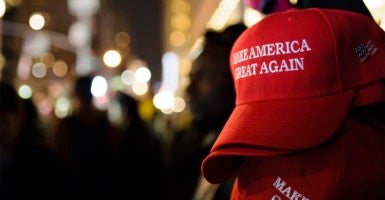 An all-boys Catholic school in Kentucky is closed over security concerns following a viral video showing its students in Make America Great Again hats in an encounter with an American Indian.

While the initial video made it seem like the students were mocking American Indian Nathan Phillips, a complete, unedited version shows Phillips had approached the students. There have been doxxing attempts since the video was released.

A letter addressed to parents said Covington Catholic High School will be closed Tuesday over security concerns. All on-campus activities and events will be closed as well.

“Students, parents, faculty and staff are not to be on campus for any reason,” Principal Bob Rowe wrote in the letter.

American Indians are reportedly planning to protest outside the school, One America News reported Tuesday. The teens also claim they have received death threats.

The school issued an apology to Phillips Saturday, prior to the full video being circulated.

All-girls school Notre Dame Academy, which is across the street from the boys’ school, will have increased security, WLWT 5 reported.