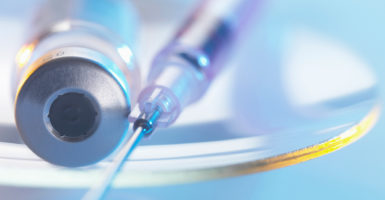 An earlier version of this op-ed and its headline misrepresented HB 90 as opening the door for “suicide tourism.” Although the bill’s language in this regard is somewhat ambiguous, it does not remove the current residency requirement in New Mexico.

A new bill introduced in New Mexico  could make our culture even more dangerous for the most vulnerable among us.

HB 90, or “The Elizabeth Whitefield End of Life Options Act,” is an incredibly lax physician-assisted suicide bill that lacks many of the already insufficient so-called safeguards on the practice. Three state municipalities have passed resolutions endorsing the legislation.

This bill could have disastrous, nationwide consequences. It also reminds us why physician-assisted suicide is so poisonous to our culture.

The U.S. suicide rate hit a 50-year record high last year—so drastic that it lowered overall average life expectancy. Our society needs to put more emphasis on the inherent dignity of every human life, not less.

For example, the bill would allow patients to receive a diagnosis that qualifies them for physician-assisted suicide via telemedicine—no in-person visit required. That means that patients across the country could simply consult an activist group to find one of the doctors who are willing to kill those entrusted to their care, and with one phone call, procure a guaranteed referral.

The bill also states that individuals with mental health disorders and intellectual disabilities would qualify for physician-assisted suicide—a provision that can easily be abused.

If adopted into law, this bill could set a dangerous precedent and lead the other five states that have legalized physician-assisted suicide to follow New Mexico’s steps.

Canada and Europe have already gotten a head start down the slippery slope. In recent months, a hospital for sick children in Toronto, Canada, debuted a plan for how to terminate the lives of terminally ill kids—with or without parental consent. Meanwhile in Europe, many countries have continually expanded who qualifies for physician-assisted suicide and even practice euthanasia—the non-voluntary killing of patients.

In places within the U.S. where physician-assisted suicide is already legal, supposed “safeguards” like waiting periods, written requests, and physician sign-offs do absolutely nothing to remove cultural pressure on patients to take their own lives or protect patients from abuse. So long as physician-assisted suicide is on the table, so too are less-than-pure motives to choose—or pressure someone to choose—death over life.

HB 90 would only exacerbate these problems by further relaxing current practices and sending the message that some lives are more worthwhile than others.

No one should receive suicide assistance instead of suicide prevention. Instead, our culture should affirm that every human life has inherent dignity and strive to protect those who are most vulnerable: the sick and the weak, the very young and the very old.

It is imperative that we stop this bill before it can wreak havoc on the most vulnerable in our society.