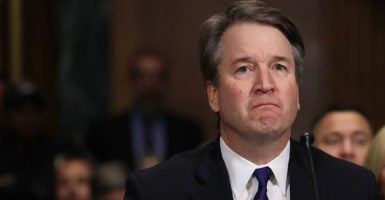 The FBI has contacted Deborah Ramirez in connection with its investigation of sexual misconduct allegations against Supreme Court nominee Brett Kavanaugh.

The bureau’s contact with Ramirez confirms it will not confine its inquiry to the first set of allegations brought by Dr. Christine Blasey Ford, though it is not yet clear which other accusations federal investigators might pursue.

“She has agreed to cooperate with their investigation,” Ramirez attorney John Clune said in a statement to The Washington Post. “Out of respect for the integrity of the process, we will have no further comment at this time.”

Ramirez claims Kavanaugh exposed himself to her during a party in their freshman year at Yale. She said she was drunk and nearly incapacitated.

The probe will be limited to “current credible allegations against the nominee” and will be completed by Friday, according to a Senate Judiciary Committee spokesperson.

It is not clear how many allegations the inquiry might encompass. At least five accusations of varying degrees of credibility have been made public.

It was not clear as of Saturday if the FBI would investigate the allegations of Julie Swetnick, a Washington-based web developer who claims Kavanaugh was present at a house party where she was gang-raped in the early 1980s.

She further claims Kavanaugh spiked punch bowls with drugs or grain alcohol and behaved boorishly with women in her presence on other occasions during the same period.

Sen. Dianne Feinstein of California, the top Democrat on the Judiciary Committee, asked Kavanaugh about Swetnick’s charges during Thursday’s emotionally wrought hearing. As with the rest of the accusations, Kavanaugh denied them.

Swetnick has retained Michael Avenatti as her attorney, who said on Twitter on Saturday that federal investigators had not yet contacted them.

We have yet to hear from the FBI. When and if we do, we will promptly disclose to them all information and witnesses in our possession. We continue to request this opportunity as we have been doing for days. My client is telling the truth and deserves to be heard and not shammed.

The Daily Caller News Foundation reported Friday that Swetnick’s former employer sued her for defamation and fraud in 2000. The former employer alleged that she lied about her credentials when applying for a position and falsely accused colleagues of sexual harassment in “a transparent effort to divert attention from her own inappropriate behavior,” according to a court filing obtained by The Daily Caller News Foundation.

Swetnick’s employer voluntarily dismissed the case about one month later.

One year later, Swetnick’s former boyfriend sought a restraining order against her after she allegedly threatened to harm his wife and infant child. The order was never entered.