Right Side of History: Foreign Meddling in US Campaigns Didn’t Begin in 2016 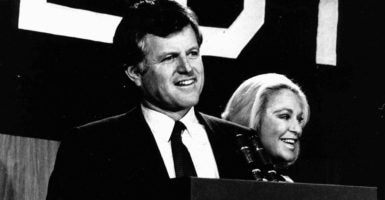 In this 1978 photo, Ted Kennedy and his wife, Joan, campaign for the Senate. Kennedy twice made election-related overtures to the Soviets in the 1980s. (Photo: Keystone Pictures USA/Zuma Press/Newscom)

France tried to influence America’s very first competitive presidential race. England, seeking help from the United States during World War II, helped sway the Republican nomination battle in 1940. The Kremlin has intervened in U.S. elections going back to the Cold War and Sen. Ted Kennedy twice made election-related overtures to the Soviets in the 1980s.

Lucas and Stepman go into detail about these cases and others.