I Apologize to Amy Chozick, but Her Error-Filled Clinton Book Provides Window Into New York Times 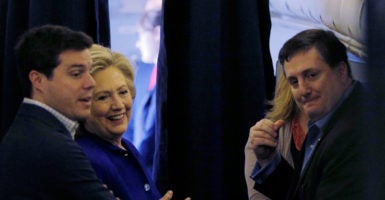 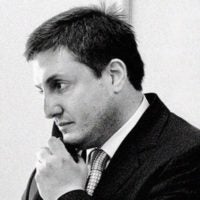 Philippe Reines, a political consultant, advised Hillary Clinton's 2016 campaign for president. He was Clinton's deputy assistant secretary of state for strategic communications at the State Department after serving as press secretary and senior adviser to her 2008 race for president.

Editor’s note: Former Hillary Clinton aide Philippe Reines emailed these comments to Katrina Trinko, managing editor of The Daily Signal, when she asked for a response to New York Times reporter Amy Chozick’s account, in a new book about Clinton, of Reines’ making a vulgar, sexually suggestive remark to Chozick, saying to her, “I didn’t know I had to say it was off the record when I was inside you.” Reines’ words have been edited only for punctuation and clarity.

I genuinely regret quoting a line from the movie “Thank You for Smoking” that left Amy Chozick uncomfortable. It was certainly not my intention.

Had she told me then, or anytime over the five years before including it in her book [“Chasing Hillary: Ten Years, Two Presidential Campaigns, and One Intact Glass Ceiling“], I would have immediately apologized to her. I hope she accepts my doing so now.

Since only she and I know the circumstances, I want to—maybe for better, but probably for worse—provide background and expand this dialogue. Given the discussion Amy and I were having, the context of the analogy was clear.

I could have and should have made my point in a less colorful way. Amy and I disagreed over her use of what I felt was a very personal anecdote about me that I shared over a breakfast, our very first meeting. Because it was a casual, get-to-know-you meeting over a meal, I reasonably assumed it was off the record.

She later made the point that I never said so and only assumed so. That is 100 percent accurate.

So in an effort to have a constructive relationship going forward, I wanted us to come to an understanding so that not every one of our ongoing interactions had to be formally defined.

This book is further proof of what many of my colleagues and many of her colleagues, female as much as male, questioned about Amy’s practices as a reporter.

I offer this as an explanation, not an excuse. There is no excuse for making any woman uncomfortable, and for that I apologize.

There is also no excuse for a book full of errors that she refuses to take responsibility for. My single clumsy comment five years ago should not excuse her dozens of professional lapses since.

No matter the circumstances, we as individuals all need to reassess our words and actions. But accusing an entire organization—especially Hillary Clinton’s—of misogynistic behavior is very serious. And in this case both unfounded and, to be frank, convenient.

Amy’s book, though, does provide a unique window into the mindset and conduct of the country’s most important newspaper, The New York Times. It is no secret that for years we have had serious disagreements with their coverage of anyone named Clinton.

We have on several occasions requested the opportunity to discuss our concerns. My clumsy references to tapes was to the Trump-Comey saga—not a threat to Amy.

I should have merely stated as a matter of fact that in my own book, I will be writing about some of those interactions which were recorded, ironically in an effort to expand on many of the same points Amy makes in her book.