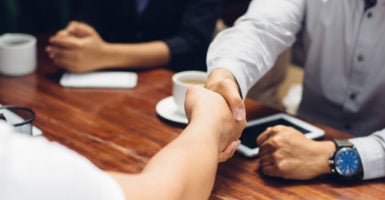 An overwhelming 89 percent of Americans believe able-bodied adults who receive means-tested welfare assistance should work or prepare for work., according to a Heritage Foundation study. (Photo: ferlistockphoto/Getty Images) 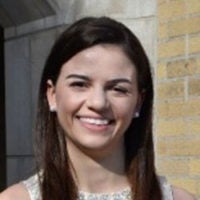 Mimi Teixeira is a graduate fellow in welfare policy at The Heritage Foundation.

Policymakers are ready to get serious about work requirements for food stamps, with both Congress and the Trump administration working on ways to improve the program.

A little over a week ago, the U.S. Department of Agriculture announced it is seeking comments on how best to reintroduce work requirements in the Supplemental Nutrition Assistance Program, often referred to as food stamps.

“Too many states have asked to waive work requirements, abdicating their responsibility to move participants to self-sufficiency,” Secretary of Agriculture Sonny Perdue said in a press release. “ … [U.S. Department of Agriculture] policies must change if they contribute to a long-term failure for many [food stamp] participants and their families.”

The 1996 welfare reform law allowed states to apply for full or partial waivers of the work requirement based on high unemployment or low job availability. The number of waivers peaked in 2009, when Congress allowed the Obama administration to waive the program’s work requirements for all states.

In 2007, before large-scale state opt-ins for waivers began, 6.6 percent of food stamp recipients were childless, work-capable adults. Today, that number is 9 percent.

By law, able-bodied adults without dependents—work-capable adults—may receive only three months of food stamps in a 36-month period unless they meet a 20-hour per week work requirement. Employment, training, or participation in a state program can fulfill the requirement.

As for Congress, Rep. Garret Graves, R-La., and 97 co-sponsors have introduced a bill, the Supplemental Nutrition Assistance Program Reform Act of 2017 (H.R. 2996), that would eliminate all waivers for the current work requirement, shorten the length of time one can receive benefits without work, and shrink the proportion of people states can exempt from the requirement.

The bill also would allow a supervised job search for at least eight hours a week to fulfill the requirement.

The administration’s desire to reintroduce meaningful work requirements is a step in the right direction, but significant change in the welfare system will require a much more robust reform effort.

As Robert Rector, a senior research fellow at The Heritage Foundation, argues, “Small changes in regulations will not be enough to fix the welfare system. What is needed is welfare reform legislation that establishes work requirements for all programs that provide cash, food, or housing benefits to adults who can work.”