The Right Side of History: The Media Continues to Whitewash the Legacy of Communism 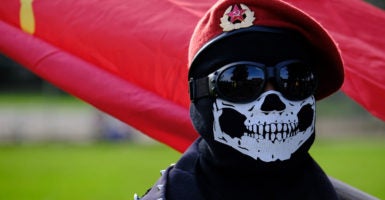 On this week’s episode, hosts Jarrett Stepman, a contributor to The Daily Signal, and Fred Lucas, The Daily Signal’s White House correspondent, discuss the history of communism in the 20th century and the media’s whitewashing of its legacy.

With the surge in millennial support for communism and socialism, it is important to note the impact these doctrines had on the countries that implemented them. Stepman and Lucas discuss the origins of the Bolshevik Revolution in Russia as well as the egregious cover-up of the Soviet Union’s crimes by New York Times Moscow correspondent Walter Duranty.