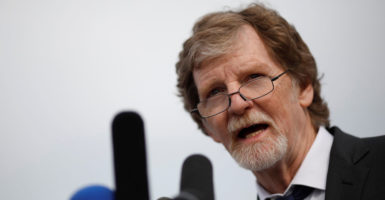 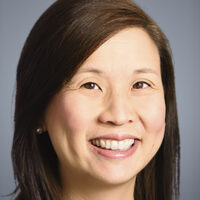 Specifically, the justices considered whether the state of Colorado can force Jack Phillips, a Christian baker, to create a custom cake for a same-sex wedding against his deeply held religious beliefs.

Attorneys for Phillips clearly explained that he seeks to exercise his freedom only to speak messages that he agrees with, while still welcoming all customers into his store. The First Amendment’s free speech and religious liberty clauses protect his freedoms to do just that.

In a lengthy and charged oral argument, the nine justices wrestled with how Americans who hold different views on marriage in our post-Obergefell society can continue to live with each other in mutual respect.

Here are some highlights of the argument.

1. Mutual Tolerance Is Essential in a Free Society

In one of the most charged exchanges of the day, Justice Anthony M. Kennedy questioned Colorado Solicitor General Frederick Yarger about whether a member of the Colorado Civil Rights Commission who compared Phillips to a racist and a Nazi demonstrated anti-religious bias—and that, if he did so, whether the judgment against Masterpiece should stand.

After disavowing the commissioner’s comments, Yarger argued that the ruling should still stand. But Kennedy returned to the issue again, telling Yarger that “tolerance is essential in a free society. And tolerance is most meaningful when it’s mutual. It seems to me that the state in its position here has been neither tolerant nor respectful of Mr. Phillips’ religious beliefs.”

Kennedy also pointed out there were other cake shops that would have accommodated Charlie Craig and David Mullins, the same-sex couple who requested a cake for their wedding.

In a similar line of questioning, Justice Samuel Alito pointed out that the state of Colorado had failed to demonstrate mutual tolerance when it only protected the freedom of cake artists who landed on one side of the gay marriage debate—namely, the state’s side.

When three religious customers went to cake artists to request cakes that were critical of same-sex marriage, those cake artists declined—yet Colorado did not apply its anti-discrimination statute to punish the artists. But when Phillips declined to create a cake to celebrate a same-sex marriage, Colorado imposed a three-pronged penalty that drove him out of the wedding cake business, causing him to lose 40 percent of his business.

2. Compelled Speech for Everyone

The irony of the comparison of Phillips to a Nazi is that both the ACLU lawyer representing the gay couple (David Cole) and the Colorado solicitor general admitted the state could rightfully force cake artists to celebrate the racist ideals of white supremacy, or one of the most infamous events in world history, the Holocaust.

At one point, Justice Stephen Breyer followed up on a question from Justice Neil Gorsuch about whether a cake artist could be forced to create a cross-shaped cake for a religious group that shared the beliefs of the KKK. Cole responded that if the cake artist did so for the Red Cross, then yes, the artist would have to do so for the religious group as well.

Similarly, Justice Samuel Alito asked Colorado if a cake artist who created a cake with words celebrating Nov. 9 for someone’s anniversary could also be forced to create the same cake to celebrate Nov. 9, 1938.

On that infamous night, known as “Kristallnacht,” the Nazis launched their pogrom against Jews by burning over 1,000 synagogues and damaging more than 7,000 Jewish businesses. 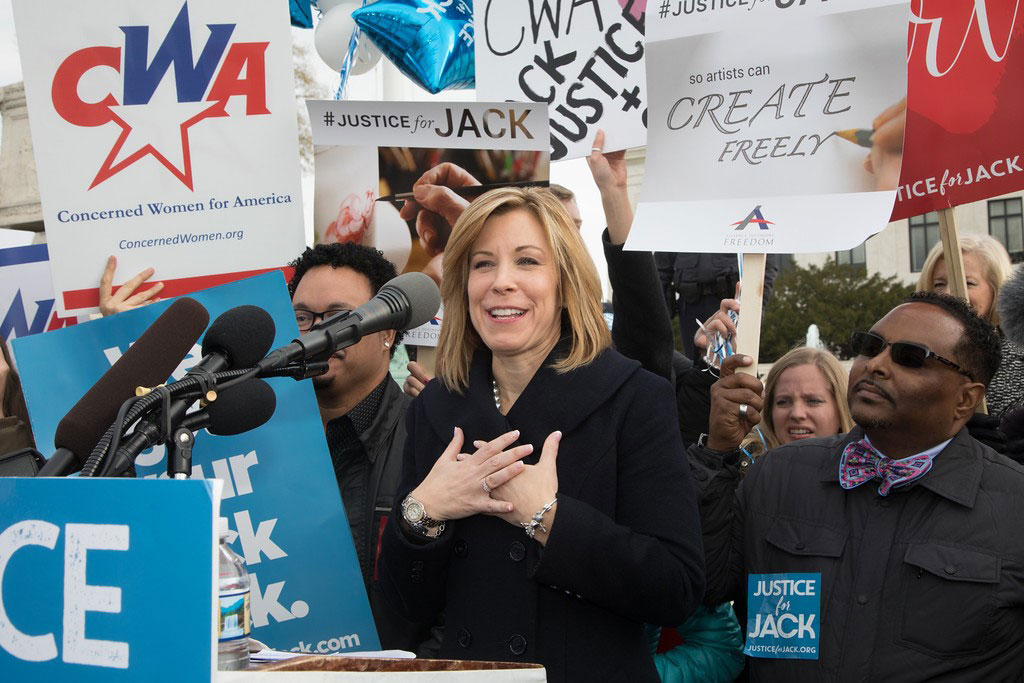 3. Disagreement Does Not Equal Discrimination

During the oral arguments, the court appeared to recognize what is patently obvious from the facts. Phillips welcomes all people into his store, encourages them to buy off-the-shelf items, and will make custom-designed cakes for them provided they don’t ask for items that violate his beliefs.

He has served gays for the 24 years his store has been in operation and welcomes their business to this day. He does not discriminate against anybody because of their identity.

So comparisons to shopkeepers in the Jim Crow South who sought to keep the races “separate but equal” are a smear that divert attention from the real issue: Phillips simply disagrees with the state on the issue of marriage. 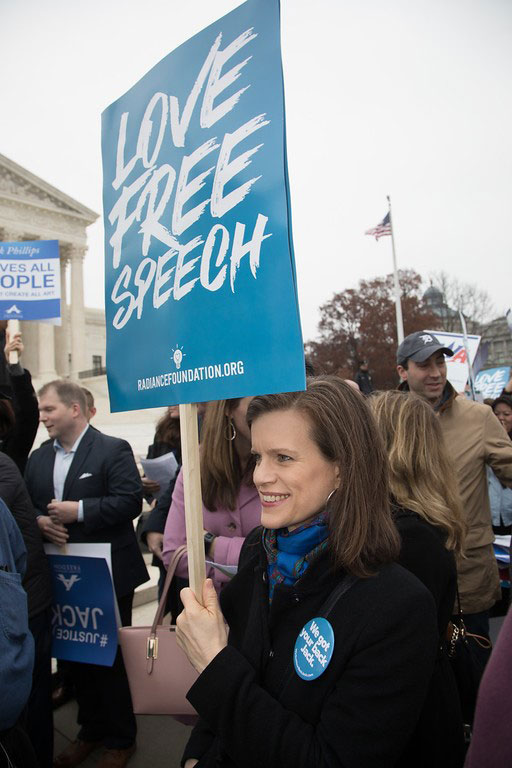 4. Orthodoxy Determined by the State

Finally, the oral arguments revealed the scope of how far the state of Colorado is willing to go to impose its views of marriage on citizens. In one line of questioning from Roberts, Colorado admitted that it would force Catholic Legal Services to provide a same-sex couple with legal services related to their wedding even if it violates Catholic teachings on marriage.

And in questioning from Alito, the ACLU answered that the state could force a Christian college whose creed opposes same-sex marriage to perform a same-sex wedding in its chapel.

Like many Americans, Phillips seeks to work in a manner consistent with his deeply held religious beliefs, including on marriage. In order to follow his conscience, he has turned down requests for cakes that contain messages expressing certain ideas: Halloween and divorce, anti-American themes, and even anti-gay messages.

What he has never done is turn away anyone because of who they are.

The Supreme Court should uphold the rights of all Americans to work according to their religious beliefs and to be free from government intrusion that would force them to speak messages in violation of their deeply held beliefs.

After its decision in Roe v. Wade, the court respected the freedoms of Americans on both sides of the abortion debate. It rejected the argument that opposition to abortion is rooted in animus toward women because it recognized that there are many other rational reasons why people oppose abortion.

This is no different. There are many Americans who support traditional marriage for reasons that have nothing to do with animus toward gays. All Americans will benefit when free speech and religious liberty are robustly protected.

The court’s decision in Masterpiece Cakeshop can help foster more civil dialogue on marriage so that we can all live according to our consciences and in peace with one another.