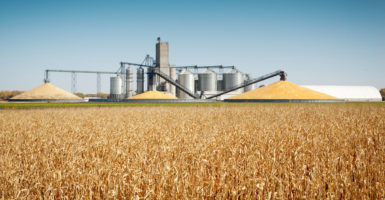 The Renewable Fuel Standard adversely affects industries in the Midwest and in the agricultural community. (Photo: iStock Photos)

Washington is known for political arm-twisting.

There’s a good reason for that. It too often works, and it helps prop up bad policies like mandates to blend corn-based ethanol and other biofuels into our fuel supply.

In September, the Environmental Protection Agency proposed cutting the volumetric requirements for the Renewable Fuel Standard. The reductions were not major by any means—they dropped the total renewable requirement from 19.24 billion gallons under the proposed 2018 standard to 18.77 billion gallons in 2019.

The reduction was a win for a range of environmental organizations, world hunger activists, economists, energy companies, and many in the agricultural community (cattlemen, chicken, and turkey farmers, etc.) harmed by the mandate.

Then certain Corn Belt politicians stepped in, criticizing the cuts and threatening to use their positions to hold up EPA nominees.

The EPA caved to their demands and committed to reversing proposed cuts to biodiesel and cellulosic ethanol volumes in the Renewable Fuel Standard. This would set the 2018 standard at or above the current levels.

Sen. Ted Cruz, R-Texas, who won the Iowa caucus while blasting the mandate, is fighting back. Cruz is doing this by blocking the nomination of Iowa Agriculture Secretary Bill Northey to a top U.S. Department of Agriculture post until a meeting on the Renewable Fuel Standard is held.

Cruz and other allies in the Senate wrote their concerns to the White House, stating that the concessions made to the Corn Belt senators would result in refinery job losses and high costs. They requested the meeting be held within three weeks.

Cruz is right. Other voices need to be heard. The Renewable Fuel Standard benefits a select few at the expense of many, including many industries in the Midwest and the agricultural community.

Some small rural towns bet big on biofuels and lost. Utah State University’s Institute of Political Economy details how preferential treatment for ethanol shifted the risk from companies to the local communities, where cities would offer incentives that in some instances lasted multiple decades or front the costs to build out the infrastructure.

Americans at large are made worse off through higher food and fuel prices. They need a voice in this fight. Refiners have also received the short end of the stick from this policy, having to pay more than $1 billion in credits and surcharges to comply with tshe mandate.

Ironically, the U.S. is more than willing to point out other countries’ subsidizing of biofuels. The Department of Commerce determined that Argentina and Indonesia were heavily subsidizing their biodiesel by as much as 72 percent.

Commerce Secretary Wilbur Ross stated, “The unfair government subsidization of products is something the department takes very seriously. While the United States is committed to free, fair, and reciprocal trade with all countries, the Trump administration will stand up for American workers and companies being unfairly harmed.”

Energy dominance doesn’t come from production quotas. Congress and the administration should stop caving to politicians and producers who benefit from this policy, and stop ignoring those who are harmed by it.