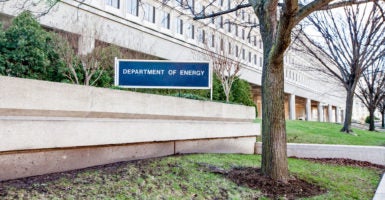 The Department of Energy has spent millions awarding taxpayer-backed loans to projects that proved to be unviable. (Photo: iStock Photos)

Weber’s bill would not only protect taxpayers, but would also prohibit government intervention that enables industry dependence on subsidies and empowers Washington to direct the flow of investments.

When it comes to swamp draining, or at least ensuring the swamp water doesn’t rise, eliminating the loan guarantee program is a good place to start.

In fact, the Department of Energy recently offered an additional $3.7 billion taxpayer-backed loan guarantee to build two nuclear power reactors in Georgia. The $3.7 billion is an addition to the $8.3 billion in loans the agency already allocated to the project.

Whether or not the utilities successfully repay the loan makes no difference with regard to the merits of the program. The policy itself is a mistake.

The primary issue is that the federal government should not distort capital markets and artificially lower the risk of energy investments.

The Department of Energy’s loan program has been fraught with problems. It has awarded taxpayer-backed loans to projects that were not viable (even with handouts) to prop up politically favored technologies.

Solyndra, which squandered more than half a billion taxpayer dollars, is the first company that comes to mind within the loan portfolio. But several other projects have also gone under or are struggling financially.

In other instances, the department awarded loan guarantees to very profitable, well-established companies. Projects with backing from Ford, Nissan, Google, Goldman Sachs, and Berkshire Hathaway have all been recipients under the three loan programs administered at the agency.

On top of that, many loan guarantee recipients benefit from the great number of federal, state, and local subsidies. Their long-term success likely depends on more subsidies.

The Trump administration has been intent on promoting the theme of energy dominance. But energy dominance is not built on the backs of taxpayers, nor is it built on unsuccessful energy projects that depend on subsidies. Yet that is precisely what subsidies create: dependence and technological mediocrity.

Success in the energy sector and across the economy occurs when innovative companies invest their own money to supply families and businesses with affordable, dependable power.

This is not “Shark Tank,” and government employees should not be acting like Mark Cuban. Cuban risks his own money, while the Department of Energy risks yours and mine.

The federal government should stop gambling away other peoples’ money. Weber’s DOE Loan Program Repeal Act would be an important first step in stripping away the government’s authority to pick winners and losers.

Energy Secretary Rick Perry remarked that he wanted to make nuclear energy “cool again.” Fortunately for the secretary, nuclear is already cool. Subsidizing nuclear, on the other hand, is not.