Tax Reform Where All Americans Win 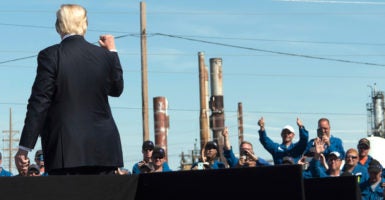 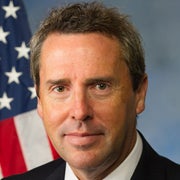 Thirty-one years ago, Congress passed and President Ronald Reagan signed into law substantial tax reform. The internet as we know it was not even invented yet. The federal debt stood at a little over $2 trillion. Needless to say, our economy has changed a bit since then.

Of all the changes in the past three decades, perhaps the most notable is the decline of annual GDP growth. What used to be the norm, an annual growth of 3 percent a year, has now become an ambitious goal. Since 2005, the United States has not reached the much-vaunted 3 percent benchmark.

Obviously, something is out of sync and the outdated tax code is a prime suspect.

>>> WATCH: A Conversation on Tax Reform With the House Republican Study Committee

In the 31 years since then, the tax code added over 35,000 pages. That comes to about three changes per day each year. Despite all these changes, I doubt that many, except for well-connected lobbyists, would say the tax code has improved.

As the pages upon pages were added and the tax code became increasingly complex, regular Americans suffered, not only directly in paying more taxes but indirectly in lost economic opportunity.

After struggling under the current convoluted, confusing tax code, America’s hard-working families would benefit from fundamental tax reform as presented in the framework currently under consideration in Congress. The code would be fairer and would provide for an environment of economic growth and increased productivity. In short, a reform where all Americans win.

Providing for more equal treatment must be central to tax reform.

American families are up against special interest groups that hire well-seasoned lobbyists to secure and sustain carveouts and preferential treatment in the tax code. With this system, crony capitalism flourishes, and benefits pile up for a narrow constituency while maintaining artificially high rates for the rest. Reforms should strip away special-interest benefits in the tax code and ensure that preferences only for the well-connected are minimized. The market should be picking winners and losers, not the government.

Among those most damaged by the current tax code are families. Marriage penalties are littered throughout the federal tax code. Currently, a married couple pays more in taxes than they would have if they remained single. From the value of tax credits and deductions, to the treatment of retirement savings and the basic rate of taxation, individuals who choose stable marriages pay Uncle Sam a premium tax. The marriage penalties in our tax code must be eliminated. The tax code should treat all Americans, whether married or single, equally.

The last election was a mandate election. That much is clear. The American people elected a unified Republican government because they saw the Republican promises to repeal Obamacare, reform the tax code, and secure the border as solutions to the most pressing problems to our nation. They empowered Republicans and with that power comes the expectation to act.

I believe that voters give their final judgement to this Congress over the next three months on how well we deliver on these promises Republicans made on the campaign trail.

Today, we are presented with a once-in-a-generation opportunity, and we must act. It is time for Congress to overhaul the tax code to reflect the realities of 2017, not remain in a system designed for 1986.