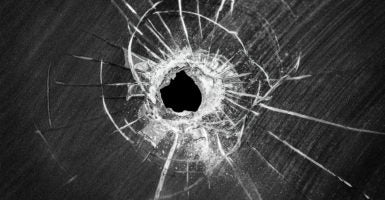 Atatiana Jefferson was killed in her home by a police officer while caring for her 8-year-old nephew. (Photo: ia_64/Getty Images)

Over the last several days, many journalists and commentators have reported on the tragic death of Atatiana Jefferson, a Fort Worth, Texas, pre-med student who was shot through a window by a police officer conducting a check on her property.

If witness statements and body camera footage are anything to go by, Jefferson’s death is the result of an unnecessary and completely avoidable use of force. The officer failed to follow basic protocol and turned the situation into a fatal encounter that cost an innocent woman her life.

Here are some reflections on this tragic loss of life.

Jefferson’s death should be of particular concern to lawful gun owners. Quite simply, she did what the overwhelming majority of us would have done in the same situation, and she was killed because of it.

Based on the most logical compilation of existing evidence, the scene from her shoes looked something like the following.

Jefferson and her 8-year-old nephew, who she was caring for, paused their video game playing after hearing concerning noises that suggested someone might be prowling around the property.

There were no marked police cars in front of her house, and the officers never knocked on her door or announced their presence.

Jefferson almost certainly presumed what most of us would about prowlers on our property at 2 a.m.—these individuals are up to nothing good, and likely looking to break in. In a completely reasonable act, she grabbed her lawfully-owned firearm before investigating further.

Gun in hand, she tried to look out her back windows. Right outside that window, she saw a man she did not recognize, wearing dark clothing and holding a flashlight. That man immediately pointed a gun at her and yelled at her to put her hands up without ever identifying himself as a law enforcement officer.

Faced with what she could only reasonably perceive as an imminent unlawful threat to her life, Jefferson did exactly what I and most other people would do in that situation. According to her nephew, she raised her firearm and pointed it out the window, presumably preparing to eliminate the threat.

Had she fired first and killed Officer Aaron Dean, she would have been completely justified under the law of self-defense.

Unfortunately, her eminently reasonable act of trying to defend herself resulted in her death.

Murder Is the Correct Charge

Dean has since resigned from the police department. Fort Worth Police Chief Ed Kraus told reporters that had he not resigned, he would have been fired for unprofessional conduct and failing to follow department policies related to the use of force and de-escalation.

Moreover, Dean has been arrested and charged with murder. While the term “murder” may seem like an inappropriate characterization of what many would consider to be grossly negligent or reckless actions, the reality of Texas law means that “murder” is the correct—and possibly the only—appropriate charge in this case.

Notably, it is also the charge for which former Dallas police Officer Amber Guyger was convicted earlier this year after her highly publicized arrest and trial for killing Botham Jean.

As I noted while covering the Guyger case, according to Texas law, a person commits murder when he or she (1) intends to cause serious bodily injury and (2) commits an act clearly dangerous to human life that (3) causes the death of an individual.

Unlike “capital murder,” which is a much more serious offense, “regular murder” doesn’t require that the defendant premeditated the killing or acted with malice.

It is clear that Dean, like Guyger, intentionally pulled the trigger of his loaded handgun—an act clearly dangerous to human life—with the intent of shooting Jefferson, and that this act killed her. This is, under Texas law, murder.

Many have pointed out similarities between this case and the Guyger case, and while the facts and tragic outcome are indeed similar, the legal reality is likely quite different.

There is no question that both officers acted in unreasonable and grossly negligent ways, inadvertently creating the scenarios in which they felt compelled to use lethal force. Both Guyger and Dean bear moral, ethical, and professional responsibility for the deaths of innocent people.

There is, however, a fundamental legal difference between the two cases that could mean Dean will escape criminal liability in a way Guyger could not. Unlike Guyger, Dean may well have a viable means of arguing that he acted in lawful self-defense.

Under Texas law, a defendant can claim self-defense whenever he “reasonably believes the force is immediately necessary to protect [himself] against [another’s] use or attempted use of unlawful force.”

Guyger was off-duty and fired her weapon into a dark apartment at an unclear figure she had no discernable or articulable reason to perceive as an immediate threat to her life. Dean was an on-duty officer responding to an “open structure” call that could have been an active home invasion, and fired his weapon at an individual pointing a gun at him.

In other words, while both Dean and Guyger unnecessarily created the scenarios that they felt called for lethal force, at the time of the trigger pull, only Dean’s fear of imminent harm was likely legitimate—everyone should largely agree that having a gun pointed at you places you in reasonable fear of death or serious injury.

It seems unlikely that Dean “waived” his self-defense claim by “provoking” the situation. Even though Dean did, indeed, create the scenario in which he feared imminent death, treatises on Texas law indicate that legal provocation necessitates that the defendant created the scenario as an intentional pretext for being able to kill the victim.

There is nothing to indicate that Dean’s failure to follow established protocol was a pretext for getting Jefferson to point a gun at him so that he could then, in turn, kill her.

To be clear, this is not suggest that Dean did nothing wrong. It is merely to point out that the criminal justice system may not provide Texas or Jefferson’s family with an avenue for holding Dean criminally liable for Jefferson’s death.

There is a well-known and oft-repeated saying among gun owners that “it is better to be judged by 12 than carried by six.”

The point of the saying is essentially that, when faced with an imminent threat to your life, it’s better to protect your life with lethal force and possibly have to explain your actions to a jury in a court of law than to do nothing in self-defense and lose your life.

While there is a general truth to that maxim, there is also another truth we find reinforced by the circumstances of Dean and his role in the death of Atatiana Jefferson: It is better to act reasonably to avoid lethal confrontations in the first place than to explain to an angry nation why an innocent young woman is dead in her home because you acted unreasonably.

This is true for law enforcement officers, but also for gun owners generally.

The decision to take another human life, even under the belief that you must do so to protect yourself or others, is perhaps one of the most grave and consequential decisions a person can make.

Whether law enforcement or civilian, when you carry a lethal weapon, part of your moral and ethical responsibility—to say nothing of your legal responsibility—is to do every reasonable thing in your power to avoid creating the scenarios in which you have to use lethal force.

This includes taking basic precautions against misidentifying the nature of threats, as well as using common sense to avoid being reasonably mistaken as a threat yourself.

De-escalate situations when practicable. Thinking quickly does not mean acting rashly or side-stepping inconvenient safety measures. That appears to be exactly what Dean did, and an innocent young woman is dead because of it.

While exercising our fundamental right to keep and bear arms, we must never forget our corresponding duty to exercise that right in a wise and prudent manner.

Be armed, but be your best self when armed. The lives of reasonable people depend on it.