The Other Russia Story We Need to Talk About Is Adoption 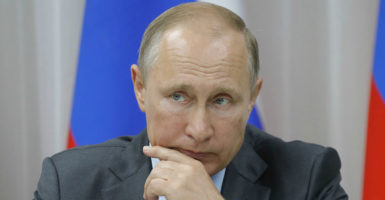 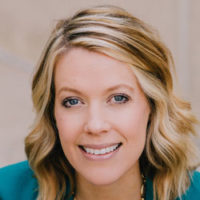 The story of thousands of innocent Russian children in need of adoption has been lost amid the daily flood of news about Russia and the hyped-up debate over whether “adoption” is some kind of code for “sanctions” when it comes to high-level Russian-American meetings.

We shouldn’t miss the opportunity to be a voice for these young victims of Russia’s stubborn regime.

Their plight stems from the 2012 Magnitsky Act, a U.S. law that imposed sanctions on Russia in response to human rights abuses by Russian officials. President Vladimir Putin retaliated by imposing a ban on U.S. adoptions of Russian children.

For years until then, American families had labored through an onerous process to adopt an average of 3,000 Russian children annually.

But the cold-hearted action of Putin, labeled a dictator by many of his critics, dramatically decreased the chance for thousands of orphans to have a family and left hundreds of Americans, who were in the midst of the adoption process, in complete despair.

To add insult to injury, many of those families had already traveled overseas to meet and bond with their awaited adoptee.

Josh and Courtney Clarke were one of those families. After deciding to adopt, they eagerly flew to Russia to meet the child they had been matched with, a 2-year-old boy they named Josiah.

They spent four days in an orphanage packed with cribs, falling in love with their soon-to-be son, eventually leaving him with pictures of themselves and the expectation that they would return weeks later to appear before the Russian courts and finalize the adoption.

Unfortunately, as soon as they landed on U.S. soil, they were confronted with the devastating news that Putin had announced an end to all U.S.-Russia adoptions. That trip was the last time they saw or even communicated with Josiah.

Before the ban, 60,000 Russian children were adopted by American citizens—Americans who paid Russia’s high adoption fees and overcame strict requirements, including extensive physical and psychological exams and background checks.

In addition, many of the orphans eligible for adoption were said to have had some level of health issues, meaning the parents would potentially adopt a significantly sick child with all of the medical costs and needs that would follow.

For the many Americans who sought to adopt from Russia, these hurdles didn’t matter. They longed to provide a home for an orphan in need.

The Clarkes, along with about 250 other families in various stages of the adoption process before the ban, have been stuck in a state of limbo.

These families immediately lobbied Congress and President Barack Obama. Some even took their cases to the European Union human rights court to pressure the Russian government, pleading that they be able to retrieve the child they had legally pursued.

Many of them were in dire financial straits and had never been refunded the $40,000 or more they had paid in adoption fees. Still today these American families are without their children.

Now, nearly five years after the adoption ban, an estimated 650,000 orphans still reside in Russia. This year alone, according to the Russian Procuracy General, about 15,000 are expected to age out of the system. Most will be released to the streets to survive on their own.

Where is the media’s obsession with these families? Why isn’t the United States doing more to pressure Putin on behalf of these children?

At the very least we should be pleading that the children who had previously been matched with a prospective guardian be able to come home.

Four children later (domestically adopted and biological), the Clarkes haven’t stopped fighting for Josiah. They continue to build awareness, reaching out to the Trump administration and the State Department for help, but they cannot do it alone.

The power for change lies within others willing to act and make a difference.

Amid news stories about Russia, the increasing reality of the regime’s brutality, and new sanctions that are part of a forceful U.S. response against Russian misbehavior, we can’t forget these children.

This is not a partisan issue. This is about the innocent orphans in Russia and the thousands of American families who long to adopt them. They need a voice.