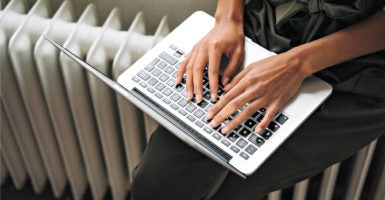 I’m frequently asked about the status of my lawsuit against the Justice Department over secret, unlawful intrusions into my computers, exposed in 2013. While the case is moving slowly through the federal court system, there is a new development:

The presence of these USPS [Postal Service] addresses on [Attkisson’s] computer is not a mistake; it is not a random event; and it is not technically possible for these IP addresses to simply appear on her computer systems without activity by someone using them as part of the cyberattack.

Scantling served as a contractor for the National Security Agency and the CIA, and as a Department of Defense civilian employee. He is familiar with Advanced Persistent Threat (APT) cyberattacks.

Interestingly, both government IP addresses found embedded deep in my computer system trace to the U.S. Postal Service, which has been known to cooperate with intelligence agencies on various levels.

The Postal Service refused to cooperate with me, prior to my lawsuit, after my forensics expert recovered evidence of an IP address mysteriously residing in my computer. At the time, an agency official dismissed the forensics evidence as some sort of unexplainable mistake, and refused to help us learn how its IP addresses are maintained and accessed so we could identify the perpetrators.

Tracing the evidence of the government-related intrusion to individual participants hasn’t been easy.

The attackers attempted to erase their tracks once they were discovered. And neither the Postal Service nor the Justice Department are voluntarily cooperating. But experts familiar with the tools and tradecraft that are proprietary to government intelligence agencies painstakingly have recovered and pieced together compelling forensic proof.

This latest information builds upon earlier forensic examinations already conducted by: a confidential government-linked source, an independent forensics specialist hired by my former employer CBS News, and a forensics expert consulting on my lawsuit.