The Opioid Crisis Is Dire. Why We Need a National Conversation About It Separate From Obamacare. 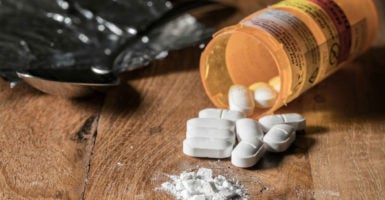 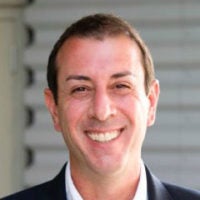 Seth Leibsohn is co-director of Americans for Responsible Drug Policy. 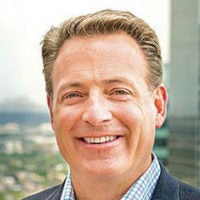 Sean Noble is co-director of Americans for Responsible Drug Policy.

Whatever the merits or demerits of the recently released Senate version of the GOP health care bill, some have suggested that it should put more funding into treating opioid addiction.

Let’s be honest—the opioid crisis in America is huge, it is severe, and it is devastating. But this partisan-fought legislation just isn’t the place to put that funding. And it would likely do little to help stem and reverse the opioid crisis.

First, it’s not as though funding for opioid treatment and recovery has been absent from the federal budget. As recently as last month, Sen. Susan Collins, R-Maine, was touting signed legislation that spent more than $1 billion to fund recovery programs.

This money was authorized separately from the debate over Obamacare in two pieces of legislation known as the Comprehensive Addiction and Recovery Act and the 21st Century Cures Act.

To highlight the importance of the opioid problem, and provide needed money to combat it, more and separate attention should be put on it as those two pieces of legislation began to do—it should not be caught up and tucked into the partisan debate over the repeal of Obamacare.

Reversing the opioid epidemic should not and cannot be a partisan political issue, and the debate over Obamacare is more partisan than almost any legislation in Congress.

Second, as the opioid crisis begins attracting more and more national attention—late as it may be—we need to give thorough consideration to how treatment money is being spent and what kinds of outcomes we should expect and demand from recovery treatment programs.

As things stand, the dropout rate for those in recovery programs is well over 50 percent, even after a great deal of time and money has been invested in the programs.

This is not a new problem. Relapse is high among those recovering from substance abuse in almost every program.

But throwing good money after bad only to see high rates of relapse and worsening overdose events by those who do relapse is a waste of money and, in too many cases, life.

Finally, if we plan to get serious about the opioid crisis, we must devote at least half as much—if not more—attention to prevention as we do to treatment and recovery.

Treatment and recovery—while important—are last ditch efforts, after-the-fact solutions, addressing the issues too late. We need to focus on stopping these problems before they start, especially knowing how high the rates of relapse are.

We know that prevention programs have worked in the past, whether they pertain to forest fires or drunk driving or, for that matter, the massive reduction in drug use we witnessed in the late 1980s and early 1990s.

Such a prevention program for the opioid crisis must start with leadership from the White House in leading these conversations and highlighting the devastation of substance abuse initiation.

It requires detailing what is driving the opioid epidemic—namely, illegal fentanyl, heroin, and other illegal drug use and diversion. It requires more law enforcement—from border and customs policies and cracking down on cartels to international initiatives. And it requires messaging to our youth.

Yes, we need better physician training and pain management protocols. That has begun to take place—mostly out of the light of public view, which is fine and necessary.

But the national conversations and public messaging we’ve seen work so well in the past on a range of issues—especially on drug initiation and abuse—have been too muted.

If we want to get serious about the opioid crisis—and we must—partisan politics in repeal and replace debates are not the place to do so.

This crisis deserves its own conversation and, indeed, a new mindset that has, to date, been sorely absent.