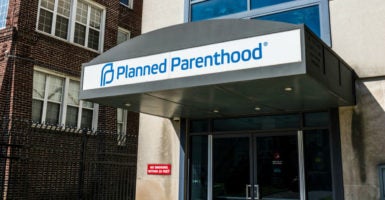 Planned Parenthood's 2015-2016 report, released later than expected, showed an increase in abortions by over 4,000 from the previous year. (Photo: iStock Photos)

This week, the 2015-2016 report went public. These reports are typically published in December or January, but this year’s highly anticipated report was inexplicably released several months later than expected.

As previously explained at The Daily Signal, these annual reports provide Americans on both sides of the abortion debate with important information about abortion incidence and other services provided by Planned Parenthood, which receives over half a billion dollars from taxpayers each year.

The report reveals a dramatic decline in prenatal services. Planned Parenthood provided 9,419 in 2015-2016 compared to 17,419 in the previous year—meaning 8,000 fewer women and their unborn children received prenatal care in just one year.

This sharp decline reinforces the findings of a pro-life organization’s investigative report. Earlier this year, Live Action—a nonprofit dedicated to ending abortion and protecting the right to life—contacted 97 Planned Parenthood clinics searching for prenatal care and was turned away by 92 of the centers.

Despite the declining number of Planned Parenthood clinics, clients, and many services, the abortion giant continues to receive half a billion dollars from taxpayers each year.

The information in the latest report is particularly relevant as Congress considers a budget reconciliation bill to repeal Obamacare. The bill includes a provision that would disqualify Planned Parenthood affiliates from receiving Medicaid reimbursements for one year after enactment of the bill.

Planned Parenthood’s latest annual report underscores why taxpayers should not be forced to subsidize the abortion giant. As the number of abortions increases, fewer women are turning to the group for care like cancer treatment and prevention services, contraception, and prenatal services.

Government funds currently flowing to Planned Parenthood could instead be directed to the thousands of centers that provide health care for women without entanglement in on-demand abortion.

It’s time for Congress to end taxpayer funding for Planned Parenthood, its affiliates, and other abortion providers once and for all by sending the No Taxpayer Funding for Abortion Act to President Donald Trump’s desk for signature.