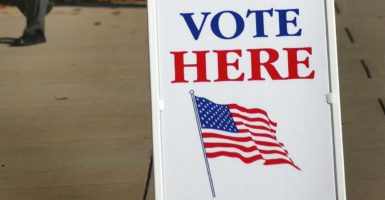 The U.S. Supreme Court struck down the latest redistricting plan from North Carolina on Monday, holding that the state Legislature had impermissibly used race in the redistricting process for two congressional districts.

The decision in Cooper v. Harris was confusing and did not clarify what states can and can’t do to comply with the Voting Rights Act and the Equal Protection Clause of the 14th Amendment.

As Justice Samuel Alito pointed out in his partial dissent that was joined by Chief Justice John Roberts and Justice Anthony Kennedy, one of the two districts, District 12, is making its fifth appearance before the court since 1993. Litigation over redistricting in North Carolina has been before the Supreme Court so often that it is a surprise when there isn’t a North Carolina case there.

The rule established by the Supreme Court in 1993 in another North Carolina case, Shaw v. Reno, was that race cannot normally be the predominant factor in redistricting because that would violate the Equal Protection Clause.

However, it can be a factor to ensure compliance with the requirements of Section 2 of the Voting Rights Act, which protects the ability of minority voters to elect their candidates of choice. That is why jurisdictions like North Carolina draw majority/minority districts, where minority voters constitute a majority of the voters in the districts.

If race was the predominant factor, then the courts must apply “strict scrutiny” review. Such redistricting can only be justified if the redistricting plan served a “compelling interest” and was “narrowly tailored.” As Justice Elena Kagan points out in the majority opinion in Cooper, compliance with the Voting Rights Act is considered to be a compelling interest.

North Carolina admitted it had used race to draw District 1, but thought it was required to do so to comply with the Voting Rights Act. However, it was unable to convince a majority of the Supreme Court that its actions were justified under the law. North Carolina denied using race to draw District 12, saying the redistricting was done for partisan reasons to give Republicans an advantage. These findings were made despite the fact that District 1 was altered by a mere 4.1 percentage points and District 12 was changed by only 6.9 percentage points.

The differences in the way all of these judges looked at the evidence in the case shows how difficult it is to determine how much or how little race actually plays in the typical redistricting case, particular given the monolithic voting patterns of black Americans.

Alito disagreed with the majority’s opinion that District 12 “was drawn predominantly because of race,” he said. “The record shows that it was not.”

While a majority of the U.S. Supreme Court found these districts violated the law, the North Carolina Supreme Court came to the exact opposite conclusion, as did three justices of the Supreme Court at least as to District 12.

This case illustrates that states are in a Catch-22 when it comes to redistricting.

The Supreme Court has established what I call the “Goldilocks Redistricting Rule”—states are in trouble if they don’t consider race enough because they will face a Section 2 Voting Rights Act lawsuit; but they will also be in trouble if they consider race too much because that will be deemed a violation of equal protection. The amount of race they use has to be “just right.” And different judges looking at the very same evidence all seem to have different opinions about what is “just right.”

Democratic challengers used to push for majority/minority districts that had an actual majority of black voters to ensure that black voters would always be able to elect their candidate of choice. Thus, they pushed for districts that had a black voting age population upwards of 55 percent or more, especially members of the Congressional Black Caucus who liked these ultra-safe districts.

But now, these same groups are suing over districts that are barely a majority at 52.7 percent and 50.7 percent. That is because putting a higher percentage of black voters into districts hurts white Democratic candidates. By reducing the black voting age population of districts down to the bare minimum needed to elect black Democrats, those extra voters can be spread into surrounding districts to help white Democratic candidates.

Thus, what is behind all of this litigation is really partisan politics. It has nothing to do with the purpose of the Voting Rights Act to stop racial discrimination in voting. In fact, that is why Justice Clarence Thomas voted with the liberal justices, because he does not believe that race should be allowed at all in redistricting.

One final oddity of this case. As the dissent noted, the Supreme Court established a rule in Easley v. Cromartie that those challenging a political gerrymander as racially motivated must present an alternative plan that would achieve the legislature’s political objectives but bring “about significantly greater racial balance.”

Yet the challengers in this case won despite having presented no alternate plan as required by the Cromartie decision. This led to the harshest criticism of the majority by the dissent:

A precedent of this court should not be treated like a disposable household item—say, a paper plate or napkin–to be used once and then tossed in the trash. But that is what the court does today in its decision … The court junks a rule adopted in a prior, remarkably similar challenge to this very same congressional district.

This case also illustrates the truth of another warning given by Alito—the problem of federal courts being “transformed into weapons of political warfare” that are used by the political losers in redistricting to achieve in the courts what they couldn’t “achieve in the political arena.” That seems to be what happened in this case.