The American military is facing a crisis after years of neglect under President Barack Obama. (Photo: Inquam Photos /Reuters/Newscom) 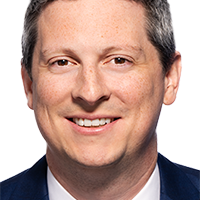 John Cooper, a former Air Force captain, is a senior adviser at The Heritage Foundation, where he previously directed the think tank's media and public relations department.

Just a few short months after President Donald Trump was elected, the American people have come face to face with a reality known for years to defense leaders and military service members—the armed forces are facing a distinct crisis.

Budget cuts, sequestration, and operational overuse have resulted in a force that is undermanned, underequipped, and ill-prepared to defend the nation should major conflicts arise.

However, Congress and the administration have a chance to begin to turn the tide of the military’s indisputable decline, and it starts with the 2018 National Defense Authorization Act (NDAA).

Here’s a quick refresher on what the NDAA actually does. Every year, Congress must determine the Department of Defense’s topline budget, but must also specify what policies and programs to spend the money on. In a normal budget process, Congress approves the NDAA, then subsequently passes a defense appropriations bill, approving the allocation of funds to the DOD.

An easier way to envision this relationship is to think of a contractor building a house. The NDAA is the blueprint and structural framework, while the defense authorization bill is the new homeowners writing the check.

The NDAA is a vital piece of legislation because it signals Congress’ priorities for the military in a given year, and as the government grapples with readiness and modernization crises facing the military, setting those priorities correctly is more important than ever.

As The Heritage Foundation noted in a recent report, there are several things Congress must focus on in the 2018 NDAA to reverse this decline across the services.

First, Congress should approve a baseline defense budget of $632 billion for 2018. This amount will be necessary to begin correcting the readiness problem while also giving defense leaders the ability to better strategically plan future improvements and advances.

Second, the NDAA must signal a dedication to increasing “end strength” and getting the most out of current platforms—in other words, increasing manpower while making sure more aircraft, vehicles, and ships are operational and ready for combat. Without these, readiness is impossible.

Procuring more platforms is part of the answer, but providing the necessary funds for their maintenance is also crucial.

For example, more than 1,700 of the Navy’s aircraft are currently unflyable, simply because there is no budget for repairs or flight hours. The Marine Corps faces a similar problem with its aerial fleet. The Air Force’s Air Mobility Command, which is responsible for the service’s cargo planes and refuelers, has seen its fleet dwindle from about 600 in the 1990s to about 450 today.

Third, in addition to growing current end strength and maximizing the use of current weapons systems, Congress must focus on modernizing the force. Shockingly, there are no replacement programs currently planned for any of the Army’s helicopters or tanks, many of which hail from the Cold War era. This is not surprising, given that the Obama administration cut the Army modernization program by 78 percent.

The Navy has set a new goal of 355 ships in the fleet, as well as a target of 66 new attack submarines, both of which will require additional funding. The Air Force needs to speed up its acquisition of fifth-generation aircraft like the F-35.

Our adversaries are continuously enhancing their military capabilities. The United States faces a simple choice—commit resources to maintaining our (dwindling) technological advantage, or be surpassed, see our global influence decline, and place our men and women at risk.

Finally, Congress should use the 2018 NDAA to achieve substantial savings across the Department of Defense. Like any other federal department, there is room to make cuts in unnecessary or wasteful expenditures.

Congress should authorize a “smart Base Realignment and Closure (BRAC)” program, which would focus on actually saving the military, and by extension, taxpayers, money. The DOD has found that it currently supports nearly 22 percent more infrastructure than it needs. The department must also trim excess bureaucracy, while Congress should continue efforts to audit the Pentagon to ensure it is making the best use of taxpayer resources, but tailor this audit to ensure it looks at the right things.

Another commonsense reform would be to allow public-private competition for service contracts. According to the Heritage report, “The RAND Corporation has estimated that opening support services for the military to private competition could result in savings of between 30 percent and 60 percent. This represents millions, possibly billions, of unrealized savings.”

These are just some of the ways the Department of Defense could save money, and better allocate resources to enable our warfighters to defend the nation and return home safely.

The NDAA process affords Congress a vital opportunity to empower the military, and our service members, to complete their mission every day. More than ever, Congress must recognize the decline across our armed forces, and take advantage of this year’s opportunity to restore our military and, by extension, our global influence for good.