This Law Puts Homeowners at Risk of Property Rights Violations 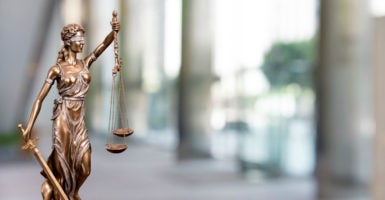 Civil forfeiture laws give more leeway to law enforcement in seizing assets they believe may have been used in a crime. (Photo: iStock Photos)

Pat Nolan is the director of the American Conservative Union Foundation’s Center for Criminal Justice Reform. 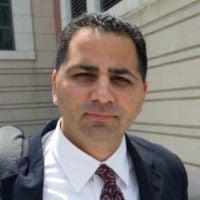 Russ Caswell, the owner of Motel Caswell in Tewksbury, Massachusetts, didn’t ask his guests why they had come. He offered basic accommodations to those who came through his doors.

Not all of the guests were good people. A few brought their drug habits with them, and in 30 instances (over a period of 17 years in which the owner and his wife rented out rooms 125,000 times), law enforcement got involved.

The local police knew that the owner wasn’t involved in drugs. He and his wife were model citizens who took pride in their establishment. They even cooperated with law enforcement when something suspicious was going on with their guests.

But the police also knew that the motel was worth a considerable sum of money—if it could be successfully seized and forfeited, then the proceeds could be used to pad the police department’s budget.

So, the local police circumvented Massachusetts state law and partnered with the U.S. Department of Justice. Taking advantage of a program called “equitable sharing,” if local law enforcement could convince the Justice Department to institute forfeiture proceedings, and then participated in the seizure, the locals would get a cut.

Served with a federal notice of civil forfeiture, the motel owner was told that he had to prove, essentially, that he was innocent. If he failed to do so, Uncle Sam could take the property, auction it off, and keep the proceeds?most of which would end up in the coffers of the local police department.

The owner and his wife, who built the business, would end up with nothing, despite not having been charged with any crime, let alone convicted of anything.

Caswell was baffled by the seizure of his motel because he had always had a good relationship with the local police department. He asked an agent from the Drug Enforcement Administration why the police targeted him rather than a nearby motel that was notorious for prostitution and drug dealing.

The agent explained that the police had looked up the other motel’s assessed value and found that it was heavily mortgaged. The police would have gotten very little money from it, but seizing the unmortgaged Motel Caswell would net them over $2 million.

This process is a clear conflict of interest. The local police department profits from these seizures, even if there is no conviction of a crime. The more that is seized, the more money goes back to the police for things like new equipment and retirement programs.

Civil asset forfeiture has turned many law enforcement agencies into modern “Sheriffs of Nottingham,” robbing from the so-called rich to give to the poor local police departments. Outraged citizens have taken to calling this nefarious process “policing for profit.”

Unfortunately, it’s not out of the ordinary. According to the Washington Post, more assets were seized under civil forfeiture proceedings than were stolen in all of the burglaries that took place in the United States in 2014.

The owner of the Tewksbury motel was very fortunate. The Institute for Justice learned of his case, and undertook the legal fight to get his motel back. They won.

But it is worth noting that there is no way that the owner could have paid for such top-notch lawyers out his own pocket. Few others can afford to fight the government.

Prosecutors argue that forfeiture is an important weapon in the war on drugs. That may be true, but only if it is tied to a crime for which there is an actual conviction.

Without a conviction, the current system turns our legal rights upside down. When assets are seized, the owners are presumed guilty until proven innocent. They have the burden of showing that their ownership of the asset was not the result of criminal activity.

Otherwise, the government gets to keep the money.

Proving the negative is very hard to do, particularly when the government has seized all your assets and you have no funds to hire a lawyer. That isn’t just unfair. It’s un-American.

The abuse of asset forfeiture has prompted a growing number of states to restrict its use to when someone has been convicted of a crime.

It’s a pretty nifty way for the Justice Department and local police to conspire and get around limits imposed by state legislatures.

This issue arose in February when President Donald Trump met with local law enforcement officials. During the meeting, a Texas sheriff complained that proposed reforms to civil asset forfeiture in the Lone Star State would hurt his ability to fight drug traffickers.

Without anyone to explain to him the unfairness of civil asset forfeiture, the president seemed to side with the sheriff and against state efforts to reform it.

The next time asset forfeiture comes up, the president should remember the case of the motel in Tewksbury. Under current law, his own prized resorts are just one Hollywood-star-with-a-coke-habit away from being seized.

Note: This article was updated to correct the name of the motel, the nature of its accommodations, the value of the property, and the source who told Russ Caswell about the police’s reason for choosing his property and not another. This update also removes an inaccurate characterization of the relative evidentiary standards of Massachusetts and federal forfeiture law. Massachusetts requires only probable cause to forfeit assets, while federal law applies a more stringent “preponderance of the evidence” standard.