How America Ranked in New Study of Nations’ Generosity 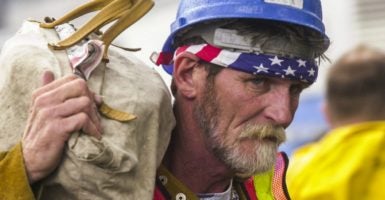 When it comes to generosity, the United States came in second in a new edition of an annual index.

“Americans should be proud of their long tradition of giving to good causes and helping others,” Ted Hart, chief executive officer of Charities Aid Foundation of America, an international charity, said in a statement.

The Charities Aid Foundation released the 2016 World Giving Index on Oct. 24. The United States came in second place for generosity, with Myanmar in first, just like last year. In 2014, the United States and Myanmar tied for the top spot.

The index, now in its seventh year running, primarily used data from an ongoing Gallup World Poll project and ranked 140 countries for this year’s listing. In 2015, 148,000 people were surveyed across these countries as part of the Gallup poll.

“The American way is for everyone to be able to follow their ambitions and fulfil their dreams, but also to reach out and help people in times of need,” Hart said.

“The American way is for everyone to be able to follow their ambitions and fulfil their dreams, but also to reach out and help people in times of need.” —@tedhart

Behind Myanmar and the United States were Australia, New Zealand, and Sri Lanka. Rounding out the top 10 were Canada, Indonesia, United Kingdom, Ireland, and the United Arab Emirates.

The index looks at “the number of people who helped a stranger in the past month, volunteered their time, or gave money to a good cause,” a press release says.

Helping a stranger is the most common way to give, according to the index.

“The generosity of people, even in countries suffering from disaster and turmoil, is truly humbling,” John Low, chief executive of the Charities Aid Foundation, said in a statement.

Out of all the people surveyed, over half said they have helped a stranger, a first-time occurrence since the index started, “a testament to the innate human desire to help others whenever they are in need,” Low wrote in the forward to the index report.

Around three-quarters, 73 percent, of Americans say they have helped a stranger.

“In every county, people have this in-built desire to give and help others,” Low said in a statement. “Governments should encourage that spirit of generosity and create the environment in which a strong civil society can flourish, allowing people to reach out to those less fortunate than themselves.”

“In many countries, men are significantly more likely than women to engage in volunteering or helping a stranger,” the index says. “However, at the global average level, there is little difference between men and women when it comes to donating money.”

Turkmenistan ranked No. 1 by participation in volunteering time.

“Turkmenistan returns to the Top 10 in first place, a position which it held every year from 2011 until last year when ‘Saturday subbotniks’ were cancelled. This is the widespread, and sometimes mandatory, practice of giving up a Saturday to volunteer or perform unpaid labour,” the index says.

The bottom five countries, from most to least generous, of the 140 included in the index were the Democratic Republic of Congo, Greece, Yemen, Palestinian territories, and China.