The Liberal Elite Wants to Manage Our Lives. They Must Be Stopped. 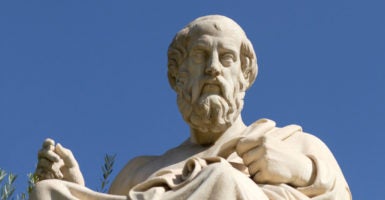 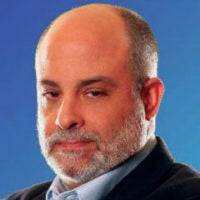 Its subjugation and transformation by a voracious and an unappeasable administrative state is the true object of the progressive ideologue.

But the purpose of a constitution, or at least the American Constitution, is to secure politically the human harmony within the civil society so that individual liberty, equal justice, and the civil order may be nurtured and maintained.

The difficulty, as James Madison explained in Federalist 51, is to bring order to liberty and liberty to order:

In the Declaration of Independence, the Founders proclaimed “[t]hat to secure these [unalienable] rights [to life, liberty, and the pursuit of happiness], Governments are instituted among Men, deriving their just powers from the consent of the governed.”

They went on to say what was intolerable.

That whenever any Form of Government becomes destructive of these ends, it is the Right of the People to alter or to abolish it, and to institute new Government, laying its foundation on such principles and organizing its powers in such form, as to them shall seem most likely to effect their Safety and Happiness.

However, the Founders were also fearful of the dangers of constant rebellion and revolution. They made clear that changing governments is a matter of the utmost seriousness, requiring wise judgment.

Prudence, indeed, will dictate that Governments long established should not be changed for light and transient causes; and accordingly all experience hath shewn, that mankind are more disposed to suffer, while evils are sufferable, than to right themselves by abolishing the forms to which they are accustomed.

Of course, the progressives are well aware that the declaration, and its governing expression, the Constitution, are enormous impediments to their purposes inasmuch as the form of government that best reflects the values of the civil society and secures its existence is constitutional republicanism.

Thus, as is now obvious, various doctrines of administrative-state centralization have been developed and increasingly accepted, where the equivalent of Plato’s Guardians (whom I discussed at length in “Ameritopia”)—that is, a select few of highly educated and specially trained governing elite—oversee the operation of society.

Progressives insist this is the normal evolution of government from a pioneering, revolutionary period to an increasingly complex and modern society.

However, despite the extensive writings about the supposed professional governing class with specialized expertise that will presumably bring not just order to chaos but utopian-like perfection to humanity, it is fair to ask: Who are these guardians? What makes them experts?

Are they experts because they are more humane and compassionate than the citizenry over whom they rule? By what measures or standards are they experts? And who determines that these guardians are experts?

How does the voter and the political environment factor into administrative decision-making?

Do the administrative-state experts even attempt to discern the public will, in particular or general matters, when fashioning rules and regulations? Or do they deem their function apolitical and therefore immune from any such considerations?

The issues surrounding the centralized administrative state are endless. The progressives and their philosopher-kings, who have debated among themselves for decades and even centuries about the best forms of paradisiacal rule, give scant coherent or practical direction.

The progressive’s deliberate effort to denude the individual of his free will and uniqueness; to organize mankind by a growing and ubiquitous centralized authority and collective command into a conforming, uniform mass; and to reject right reason and sober circumspection about true reform of the progressive project despite its manifest failures and dangerous boundlessness, presents all the markings of a nihilistic, autocratic mentality—unsurprising considering its ideological roots.

But the disastrous consequences for the individual cannot be overstated.

This article was adapted with permission from Mark Levin’s book “Rediscovering Americanism: And the Tyranny of Progressivism” (Threshold Editions, 2017).