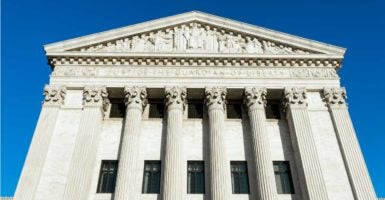 In the past week, both Sen. John McCain, R-Ariz., and Sen. Mike Lee, R-Utah, have indicated they would continue to block confirmation of a Supreme Court nominee next year.

According to CNN, McCain said in a radio interview that he believes the Republican Party will take a united stand to block Clinton’s nominees.

“I promise you that we will be united against any Supreme Court nominee that Hillary Clinton, if she were president, would put up,” McCain said. “I promise you … ”

According to The Hill, since making this statement on Monday, Rachael Dean, a spokeswoman for McCain, has softened the senator’s claim. She said McCain “will, of course, thoroughly examine the record of any Supreme Court nominee put before the Senate and vote for or against that individual based on their qualifications as he has done throughout his career.”

“Make no mistake: As a former law clerk … I don’t believe there would be a real substantive distinction, a real noticeable difference between the voting pattern of a justice who would be appointed by a President Hillary Clinton … and Merrick Garland,” Lee said to reporters. “I just don’t think there is much, if any, difference.”

Garland is the chief judge of the U.S. Court of Appeals for the D.C. Circuit. He was nominated by President Barack Obama to replace the late Justice Antonin Scalia, who died in February. Garland has yet to be confirmed by the Senate.

Carrie Severino, chief counsel and policy director of the Judicial Crisis Network, a conservative judicial organization, said she is heartened by the fact that Lee and McCain are committed to doing all they can to support nominees whose only agenda is to uphold the Constitution.

“I am very impressed with the stance that the senators are taking,” Severino told The Daily Signal in a phone interview. “They are taking seriously their oath to uphold the Constitution. It is exciting to see them taking their job seriously.”

Severino said it is refreshing to see these senators take the initiative to do what they can to ensure that conservative values will be considered in the Supreme Court nominee process.

In contrast, Marge Baker, executive vice president of People For the American Way, an organization “dedicated to making the promise of America real for every American,” said the statements from Lee and McCain are inappropriate. Baker said in an email to The Daily Signal:

These new statements make clear that Republicans’ blockade of Merrick Garland was never about principle and always about partisanship. With almost a year left in the president’s term when the Supreme Court vacancy first opened up, Republicans said, “let the voters decide” (ignoring the fact that the voters had in fact elected Obama in 2012 for a full four-year term). Now that it’s looking more likely that the voters will elect Hillary Clinton, they’re coming up with new reasons to justify their unconstitutional blockade. Republicans’ refusal to do their job and give fair consideration to a nominee shows a real contempt for the Constitution.

Rather than seeing the opposition of Lee and McCain as “contempt for the Constitution,” Severino said she believes that Clinton is being inconsistent with the way she has been discussing her potential nominees, as Clinton was quite vocal in her opposition to President George W. Bush’s Supreme Court nominees.