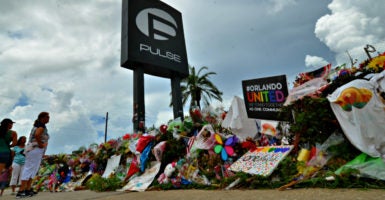 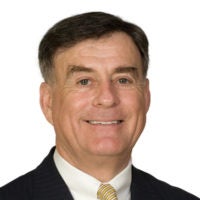 Alfred J. Lechner Jr. , a former U.S. District Court judge for the District of New Jersey, is president and CEO of Cause of Action Institute, a nonprofit law firm based in Washington, D.C.

In the early morning hours of June 12, an armed terrorist named Omar Mateen opened fire in a nightclub in Orlando, Florida. The next morning, Americans awoke to the news that 49 people had been murdered—the largest such massacre in American history.

This heinous act left Americans, as well as the Orlando community, grieving and searching for answers. But for several days after the shooting, the Justice Department knowingly curtailed the release of information about the shooter’s motives.

Even when it relates to terrorism, the government must be careful not to hide the truth from the American public. This is especially so when the government’s intent is not to protect citizens’ national security interests, but rather to further the political preferences of those in power.

That is why my organization, Cause of Action Institute, has begun an investigation into the Obama administration’s decision to censor the facts of the Orlando shooting.

It was not until more than a week later, on June 20, that the FBI released a partial transcript of a 911 call made by gunman Mateen during his rampage. The problem: The transcript was heavily redacted and omitted crucial phrases linking Mateen to ISIS.

In reality, Mateen explicitly declared his allegiance to ISIS. He stated:

Attorney General Loretta Lynch attempted to justify this censorship, saying it was done “to avoid revictimizing those people that went through this horror.” But that explanation seems highly unlikely in light of other, similar actions by the Obama administration.

For example, since 2011, the administration has led a controversial effort to remove any and all mentions of Islamic ideology from training manuals for law enforcement.

Just days before the Orlando attack, on June 6, the Department of Homeland Security released a report advising law enforcement to use “the right lexicon” when dealing with “issues of violent extremism.” The report recommended eliminating “religiously charged terminology” and cautioned against the use of words such as “jihad” and “sharia.”

Taken together, the evidence indicates that the Obama administration is not giving the American public an accurate picture of terrorist-related activities because those events may contradict the administration’s political preferences and worldview.

But the government’s stated goal of word-policing does not outweigh the public’s right to know what is happening in their communities.

In the case of Orlando, the government doesn’t have the right to hide the attacker’s self-proclaimed affiliation. The statements made by Mateen on June 12 are facts. He spoke those words the morning of his attack on the Pulse nightclub.

The American public is entitled to know the facts as they occurred—not as retold, manipulated, or erased by Washington bureaucrats.

That is why Cause of Action Institute has filed requests for information under the Freedom of Information Act to obtain details from the Department of Homeland Security, the FBI, the Central Intelligence Agency, and the Justice Department regarding the decision to redact the transcript as well as the administration’s policies on censoring law enforcement.

The FBI responded to our request, asserting broad law enforcement privileges, ostensibly to protect an ongoing criminal investigation. Our requests, however, relate only to the FBI’s censorship policies, not the investigation.

Even after the Justice Department endured intense criticism from many corners, including House Speaker Paul Ryan and First Amendment advocates, the FBI to date has released only the transcript of one of several calls Mateen placed the morning of the attack. There remain more than 28 minutes of recorded calls that have not been heard by the public.

As Thomas Jefferson commented: “A properly functioning democracy depends on an informed electorate.”

Unelected officials in Washington should not be in the business of censoring the facts of a terrorist attack. The American public can handle the truth, even when it doesn’t fit the Obama administration’s interpretation of what is politically correct.