Ohio Is Already Rolling Back Parts of Obamacare. How Other States Can Do the Same. 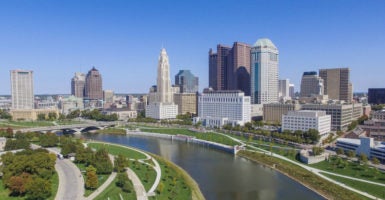 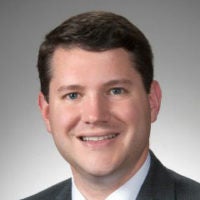 Wes Goodman is a Republican member of the Ohio General Assembly representing the state's 87th district.

For years, most Americans have looked to Washington for relief from Obamacare.

To be sure, Congress must pass and the president must sign a full repeal of Obamacare so that states and citizens can regain their health care freedom and decision-making.

But even while Obamacare remains law, states have the tools to stop and roll back parts of the law in their state. In Ohio, we are doing just that.

In April, I proposed that an enrollment freeze on Obamacare’s Medicaid expansion population be added to Ohio’s budget during House deliberations.

I believed then, as I do today, that this is a necessary step to both free up resources for those who are truly vulnerable and to ensure that our Medicaid program, and state as a whole, is financially sound for the future.

Fortunately, the Ohio General Assembly sent the expansion freeze to Gov. John Kasich’s desk as part of Ohio’s biennial operating budget bill, making Ohio the first state to do so.

Many state legislatures across the country are currently having discussions about how to roll back the Affordable Care Act and cultivate a free-market health care system that works for the citizens of their state.

While I hope that Congress eventually reaches a solution to fully and completely repeal Obamacare, it is the duty of the states to do what we can now to begin repairing a health care system broken by federal intrusion.

It is my hope that Ohio will stand as a leader in this effort.

In Ohio, we currently have nearly 60,000 people who qualify for traditional Medicaid and are currently on a waiting list to receive services. These are children and adults with developmental disabilities who need anything from specialized medical equipment to assist them with their daily lives to therapeutic intervention, to at-home medical services.

Meanwhile, Obamacare’s Medicaid expansion spends billions of dollars each year—more than double its projections—to cover over 725,000 individuals, a large percentage of whom are able-bodied, childless adults.

In other words, the truly vulnerable have been forced to wait for services, while many who have the capacity to provide for themselves have been jumped to the front of the line.

By enacting an enrollment freeze on the expansion, Ohio has reasserted our prerogative as a state and sent a strong message that states do not need to wait around for Congress to act.

Make no mistake, Ohio’s enrollment freeze is the single most impactful action taken by a state to roll back and stop Obamacare since the law passed in 2010.

By freezing enrollment for the Medicaid expansion, states are able to preserve resources for the truly vulnerable, all while allowing those who are currently enrolled to maintain coverage as long as they are eligible.

This allows current enrollees time to improve their situation so that they can obtain better coverage on the individual market or through an employer.

Our vision in Ohio of a healthy and prosperous state includes fewer citizens and families dependent on government, not more.

By pursuing this goal, we support the dignity, worth, and freedom of every human being by reducing government dependency, and putting individuals and families back in charge of their health care choices.