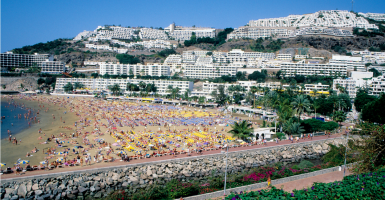 Congress should not pass legislation to have taxpayers bail out Puerto Rico’s economic crisis, or allow the United States territory to file for bankruptcy, reads a memo from conservative leaders.

“Both steps are bad policy and both should be avoided,” the memo reads.

“Puerto Rico has a long history of financial mismanagement brought about by progressive politics and crony capitalism,” Dunlop and the other conservative leaders wrote.

Others signed on the letter include Edwin Meese III, former attorney general under President Reagan; Marjorie Dannenfelser, president of the Susan B. Anthony List; Amy Ridenour, chairman of the National Center for Public Policy Research; and Jerry Boykin, executive vice president of the Family Research Council.

“The people of Puerto Rico need to clean their own house if, in the future, they want and expect to live in a house that is clean,” the memo reads.

The memo explains that Puerto Rico is broke and cannot pay its debts.

“But the majority of the debt is owed not by the Commonwealth of Puerto Rico but by public corporations and specific government authorities,” the memo reads.

>>> GOP Fights Over Whether Puerto Rico Rescue Plan Is a ‘Bailout’

Salim Furth, a research fellow in macroeconomics at The Heritage Foundation, wrote in an op-ed for The Daily Signal that exempting Puerto Rico from the Jones Act is the “single most important step Congress can take.” Furth wrote:

While Puerto Rico is allowed to import natural gas, coal, and oil from Trinidad and Tobago, Colombia, and Venezuela, for example, the Jones Act—which requires that all goods shipped between two U.S. locations be transported on a U.S-built, U.S.-flagged, and 75 percent U.S.-crewed ship—makes imports from Pennsylvania, Wyoming, or Texas untenable.

Regarding Puerto Rico’s minimum wage, Furth says that median wages are lower than in any mainland state, but employers must still pay the $7.25 an hour federal minimum wage. “As a result, fewer jobs are available, and many Puerto Ricans work off the books for low wages, and without legal protections, and without earning a stake in Social Security and Medicare benefits,” Furth wrote.