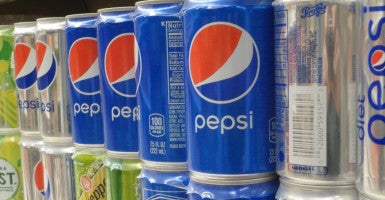 If what the anti-obesity advocates want is to fatten up governments’ coffers, the soda tax is the way to go. But when it comes to curing obesity, this isn’t the solution. (Photo: Richard B. Levine/Newscom)

Just a few months ago, Mexico looked like the poster country for soda tax advocates.

“One of the world’s highest soda taxes appears to be working. After just one year, purchases of sugary drinks in Mexico are down 12 percent, a new study shows,” crowed the Bloomberg editorial board in January.

“Public health authorities hailed the findings as the first hard evidence that a nationwide tax could spur behavioral changes that might help to chip away at high obesity rates,” reported The New York Times.

While Mexico’s roughly 10 percent tax (or 1 peso per liter) on sodas resulted in a decrease of soda sales initially, sales of the sugary drinks are now rebounding. A Canadian data service said the “Mexican soda-industry volumes rose 0.5 percent after falling 1.9 percent in 2014,” reported The Wall Street Journal Tuesday.

Consumption may still be down, according to Mexican officials: “Mexico’s National Institute of Public Health estimates per-capita consumption of sugar-sweetened beverages was 8 percent lower in 2015 than the pre-tax period of 2007 to 2013, after making adjustments including population growth and economic activity,” wrote the Journal. But there’s no telling if that per-capita consumption decrease will last if the soda-buying trend continues upward.

But ultimately, this shouldn’t be about whether soda taxes work or not. After all, there’s likely some price point—perhaps say, a 75 percent tax—where people’s buying habits would change.

The question is whether it’s appropriate for a government to use the powers of taxation to try to force a new behavior.

Sure, soda tax advocates may have good intentions: There’s no doubt obesity is a health problem and it’s increased in recent decades. But why is that the government’s problem to solve? People waste too much time online in recent years, too. A new poll from Common Sense Media found that about half of teens “feel addicted to their mobile devices.” Surely that’s not good for young adults’ intellectual and social development—and yet there’s no prominent call for an onerous tax on cell phones in order to discourage teens from owning them.

For that matter, why the singling out of soda for obesity-prevention taxation? A Starbucks Frappuccino or cupcakes from some trendy chain aren’t healthy, either—but for some reason, the fixation is on one of the most affordable sweet treats: soda. That seems designed to hit low-income people the most.

Nor is there any proof that eliminating soda will change behaviors enough to lead to weight loss.

“Mexico’s soda industry lobby ANPRAC has released its own study claiming there has only been a 1.9 percent decrease in soft drink sales up to June this year [2015]. This translates into just a six calorie a day reduction in the average Mexican’s diet, it claims,” Time reported last year. Six calories a day is not the change that is going to make people change from obese to healthy, and it suggests that people aren’t replacing their sodas with say, fruit juice, but rather non-taxed sweets.

Furthermore, while nanny state nutritionists are gung ho about trying to force changed behavior, there’s a lot we still don’t know about weight loss and calorie intake. A new study of “Biggest Loser” participants from the hit weight-loss competition reality show’s eighth season found that “13 of 14 contestants studied regained weight in the six years after the competition,” and that “nearly all the contestants have slower metabolisms today than they had six years ago,” according to The New York Times. And let’s not forget how nutrition science has swung over the years on foods like eggs—or how many times the Department of Agriculture’s nutrition guidelines have shifted in past decades.

In other words, the science from nutrition is far from settled, so it’s hardly the time to set policies based on it.

Right now, Philadelphia is flirting with a 3-cent per ounce tax on sodas. If it does get passed, it’s likely to have little effect except diverting more money from low-income Americans to the government. If what the anti-obesity advocates want is to fatten up governments’ coffers, the soda tax is the way to go.  But when it comes to curing obesity, this isn’t the solution.