Should This Company Be Banned From Labelling Their Nutritional Bars as Healthy? 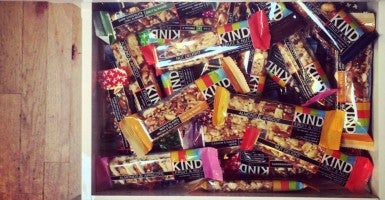 If you’ve ever looked into nutrition, you’d know it is a contentious area. What’s healthy and trendy one decade is verboten the next. And, vice versa, what’s banned one decade is embraced the next.

Just consider eggs and red meat. When I was growing up in the 90s, my mom vigilantly made sure we didn’t eat eggs too often. (She was horrified to learn that a friend’s family ate eggs every morning.) That was in line with the scientific thinking at the time.

But, as this February Reuters article neatly summarizes, the thinking has changed:

For decades, health and government officials warned against consumption of high-cholesterol foods, such as red meat and eggs, saying they greatly increased the risk of heart disease and obesity. But many doctors and nutritionists now say there is no link between dietary cholesterol and dangerous levels of cholesterol in the blood that cause disease.

No link. Of course, who knows—perhaps in 2025, we will all have swung back to avoiding eggs. But this underlies that there’s still a lot of confusion and testing and studying needed to be done in nutrition.

But that isn’t holding back the Food and Drug Administration, which sent a letter in March (released publicly this week) to KIND, which makes various fruit and grain bars, stating that some of their bars can’t be labelled as “healthy,” since they contain too much saturated fat.

Foods labelled “healthy” should have less than one gram of saturated fat, according to the Food and Drug Administration.

Ah. But what if saturated fat isn’t as bad for you as the Food and Drug Administration standards suggest?

The U.S. Dietary Guidelines urge us to limit consumption because of concerns that saturated fat raises the risk of heart disease. But after decades of research, a growing number of experts are questioning this link.

In fact, the authors of a new meta-analysis published in the Annals of Internal Medicine conclude that there’s insufficient evidence to support the long-standing recommendation to consume saturated fat in very low amounts.

Now, I’m not a nutrition expert. I don’t know who’s right and who’s wrong on saturated fat. But what is clear is that this area is a lot murkier than the Food and Drug Administration’s labelling standards suggest.

And ultimately, shouldn’t it be up to consumers to decide whether they agree or disagree with a company labelling a product as healthy, when it remains so contentious what foods are healthy and which aren’t?

It’s also tricky to identify foods as healthy or unhealthy in a vacuum, without knowing what else someone is eating. If say, a KIND bar is someone’s only source of saturated fat in a day that’s very different than the situation of someone who’s eating a KIND bar and chomping down a block of cheese, which is apparently also high in saturated fat.

Sure, consumers should know what they’re eating. But the nutrition information labels required on food products provide the raw data consumers need to make an informed decision about whether eating a specific product is a healthy decision for them or not.

Yes, it would be easier if it was clear what was healthy and what’s not. (Although it would probably be a blow to the diet book publishing industry, which seems to thrive off new trends.) But it’s not—and the Food and Drug Administration standards shouldn’t try to pretend otherwise.