The Rise of the Executive-Administrative State 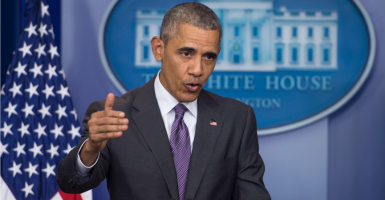 Whenever a president seeks to exceed his powers, he is likely to be supported in his efforts by his partisan allies in Congress. (Photo: Shawn Thew/EPA/Newscom) 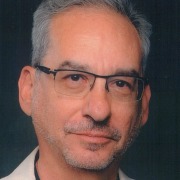 Randy Barnett is a Georgetown law professor and author of, "Our Republican Constitution , Restoring the Lost Constitution & The Structure of Liberty."

In Jan. 2012, an interviewer from the Univision Spanish-language TV network asked President Barack Obama why he was continuing to deport illegal immigrants from Mexico and elsewhere. He replied that this was “because that’s the law that’s on the books right now. And the way our system works, the president doesn’t have the authority to simply ignore Congress and say, we’re not going to enforce the laws that you’ve passed.”

A few moments later, he added that the president can’t “just wave away the laws the Congress has put in place. . . . And until we get comprehensive immigration reform, there’s going to continue to be heartbreaking stories. That’s what we’re trying to change. But ultimately the way we change it, is we’ve got to change our politics.”

In giving this response, President Obama was displaying respect for the separation of powers. He was recognizing that, under Article I, “all legislative” or lawmaking power granted by the Constitution is vested in Congress. And, under the Take Care Clause of Article II, Section 3, the president “shall take Care that the Laws be faithfully executed.”

Recently, however, the president has engaged in numerous acts that seem to run afoul of this basic principle. He or his cabinet officials have waived key provisions of the Affordable Care Act that might prove to be politically unpopular.

When Congress refused to enact the so-called Dream Act, legalizing whole categories of now-illegal aliens residing in the United States, the president adopted an enforcement policy that emulated the terms of the act, administratively exempting tens of thousands from deportation.

>>>Order Randy Barnett’s “Our Republican Constitution: Securing the Liberty and Sovereignty of We the People.”

Very recently he issued sweeping executive orders to do even more to implement immigration policies he formerly had conceded required congressional action. President Obama negotiated an important and highly controversial agreement with a foreign power that he refused to submit to the Senate for its advice and consent, but is implementing unilaterally.

These actions by the president constitute an end run around our Republican Constitution’s separation of legislative and executive power. Although it may be fictitious to claim that Congress represents the “will of the people,” the fact that Congress is elected does provide a potentially important check on the abuse of government power by the president.

In this way, the liberties of the people can be protected by the structure of the government, and by the different constituencies that vote for different offices in different elections. When he defended his unilateral actions by claiming a mandate from his election by a majority of the people, President Obama was invoking the mantra of the Democratic Constitution to override the structural constraints on power provided by our Republican Constitution. In this effort, he has not been alone.

>>> RSVP here to attend Randy Barnett’s May 5 event at The Heritage Foundation.

In this way do the Democrats in Congress put their adherence to the Democratic Constitution ahead of their commitment to their institutional role in the separation of powers. Just like the progressives of old abandoned their fealty to judicial restraint when they gained control of the courts, congressional Democrats favor their current policy ends over their previous assertions that Congress represented the will of the American people.

Indeed, whenever a president seeks to exceed his powers, he is likely to be supported in his efforts by his partisan allies in Congress. The president has what Theodore Roosevelt called his “bully pulpit” to rally public support for his actions. And, if his party controls one or both houses of Congress, congressional resistance is difficult to mount.

Yet, even when Congress concurs in presidential encroachment on its legislative power, this is a problem. The powers of the national government are not separated to protect the prerogatives of Congress; they are separated to secure the sovereignty of the people. So, even when supported by members of the legislative branch, any breach of the Republican Constitution’s separation of powers is dangerous.

Nevertheless, the separation of powers is a vital means to avoid the tyranny of arbitrary government in which discretionary powers are wielded by some against others. As the 1780 Massachusetts Constitution, drafted by John Adams, famously affirmed:

Conversely, when the separation of powers is overridden, the result is a government of men and not of laws.