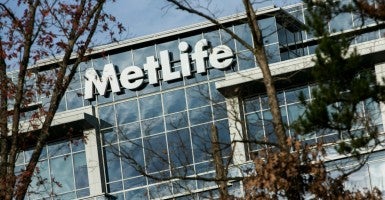 The decision highlights a few other problems with FSOC’s designation process, particularly its lack of transparency and clear standards. The bigger problem, though, is the very existence of FSOC. Empowering a group of regulators to impose regulations tailored to specific firms, based on the notion that those companies might “pose a threat to the financial stability of the U.S.” is wholly incompatible with the functioning of a dynamic private capital market.

There appears to be little chance that Congress will get rid of the FSOC (or Dodd-Frank, the monster bill that created the FSOC) anytime soon, but there are many marginal improvements that could be made until a full repeal is possible. By the end of this week, the House will have voted on two such reforms.

One is H.R. 3340, introduced by Rep. Tom Emmer, R-Minn. The bill, known as the “Financial Stability Oversight Council Reform Act,” would subject the FSOC to the congressional appropriation process to increase transparency and accountability. Under this bill, large financial firms would still be assessed fees to fund the FSOC and the Office of Financial Research (OFR), but Congress would review how these funds are being used before releasing the money. The act would also require the OFR to provide a public notice and comment period for any of its proposed rule or regulations, a much needed change.

The second bill, H.R. 2947, introduced by Rep. Dave Trott, R-Mich., passed on Tuesday night. This bill, known as the “Financial Institution Bankruptcy Act of 2016,” would amend the bankruptcy code so that large insolvent financial institutions can be more easily resolved.

The approach is an improvement over the status quo and would make it much less likely that Dodd-Frank’s so-called orderly liquidation authority would ever be used. (Incidentally, the House Financial Services Committee is set to vote this Wednesday on H.R. 4894, a bill that would repeal Title II of Dodd-Frank, the section of the bill that created orderly liquidation.) While orderly liquidation sounds pleasant, it allows federal regulators to seize troubled financial firms and close down their affairs with minimal judicial review.

Separately, Reps. Dennis Ross, R-Fla., and John Delaney, D-Md., introduced the Financial Stability Oversight Council Improvement Act of 2015, which passed out of committee 44 to 12 (29 Democrats and 27 Republicans) on Nov. 4, 2015.

This act would increase transparency in the FSOC’s designation process and also create a formal path for firms to avoid being designated by lowering specific risks.

All of these sensible proposals represent positive steps toward solving the “too big to fail” problem. However, any such marginal improvements should be viewed only as the very first step toward reforming financial market regulations. Dodd-Frank created new opportunities for unrestrained government intervention in financial markets, and it should be repealed.