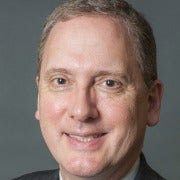 Chuck DeVore is the vice president of national initiatives at the Texas Public Policy Foundation.

The federal government and its allies are choosing dubious environmental prescriptions to effectively impose a new tax on electricity, increasing the costs of energy on all Americans and businesses.

These added costs will especially impact middle- and low-income families and those seniors on fixed incomes.

When running for office in 2008, President Barack Obama famously remarked, “Under my plan of a cap-and-trade system, electricity rates would necessarily skyrocket.” His Clean Power Plan is the tool he will use to do just that.

Under the president’s power plan, certain Indian territories are especially singled out.

Some communities in the U.S. are hurt worse than others by the impacts of the Clean Power Plan. The legacy of mismanagement and mistreatment of Native Americans has left many with a lack of job opportunities, economic resources, and sometimes basic commodities like water.

This is the case for the Navajo Nation in Arizona. In an interview with the Heartland Institute, Arizona state Sen. Carlyle Begay commented on the unique communities in the Southwest directly impacted by a coal economy, including the Navajo Nation.

Navajo Nation mines produce approximately eight to 10 million tons of coal each year, down from 13 to 16 million tons before EPA regulations began to restrict the use of their resources.

The industry is responsible for more than 2,500 of the highest-paying jobs in the Navajo Nation.

Additionally, a coal-fired power plant owned partially by the Navajo Nation produces approximately 3,750 megawatts of electricity sold primarily outside the Nation. The industry is responsible for more than 2,500 of the highest-paying jobs in the Navajo Nation. These revenues represent the Navajo Nation’s ability to act as a sovereign nation.

“Our power plant and mine’s continued existence are under threat from additional EPA regulations,” said Begay.

“You need to be a warrior with armor to get into this castle,” says a young Navajo girl.