GOP Senator’s Energy Bill Is Not So ‘Clean’ 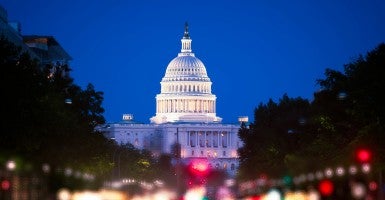 The problem isn’t the subsidized technology or project. The problem is the distorting effects on energy markets and innovation. (Photo: istockphoto)

Some Senate appropriators are already settling for business as usual going into the federal budget process. Sen. Lamar Alexander, R-Tenn., has stated that only a “clean” energy and water development appropriations bill will be considered by the subcommittee, according to a Washington Examiner article. As with many words in Washington, “clean” does not mean what you think it does—that is, “free from dirt, marks, or stains.”

Reportedly, Senate appropriations bills are to go before the Senate by mid-April. To meet that goal, Alexander, who is the chairman of the subcommittee for energy and water development appropriations, is apparently opting for the status quo, stating that “controversial riders will not be added,” and instead a “clean” bill will be sent to the Senate floor for amendments and votes. The energy and water development appropriations bill funds most of the Department of Energy, the Army Corps of Engineers, and parts of the Department of Interior.

If so, it’s a decision for the dirty, marked, and stained status quo.

The Heritage Foundation’s Blueprint for Balance has identified at least 17 programs in the energy and water development appropriations bill that need to be shrunk or eliminated altogether. Making these changes would save taxpayers $6.47 billion next year and reduce federal intervention and micromanagement of energy markets. These programs would remain in the energy and water appropriations bill the Senate considers if Alexander has his way.

The federal budget proposal offered by Heritage recommends reducing or eliminating programs that go beyond basic energy research and subsidize research and development of specific energy technologies and projects. For example, the mission of the Department of Energy’s Advanced Research Projects Agency is to fund high-risk, high-reward projects the private sector will not invest in.

However, according to the Government Accountability Office, it has been used to subsidize companies that already had private investment. Other programs, like the Energy Innovation Hubs, Office of Fossil Energy, and the Office of Energy Efficiency and Renewable Energy, subsidize research and development of specific (and often politically preferred) energy technologies and resources.

The problem isn’t the subsidized technology or project. The problem is the distorting effects on energy markets and innovation when the government gets involved with picking winners and losers. The global need for energy has created a dynamic, multi-trillion-dollar market. Capturing just a sliver of that is incentive enough for innovation and investment in new energy construction and technologies without government interventions.

These reforms shouldn’t be “controversial.” As Heritage’s Paul Winfree has argued: “Conservatives in Congress should use this opportunity to show Americans where they are different from the president, which should include writing a budget that puts a down payment on reducing the size and scope of government.”