This Landlord Had $250,000 Seized Because Too Many Residents Got Married 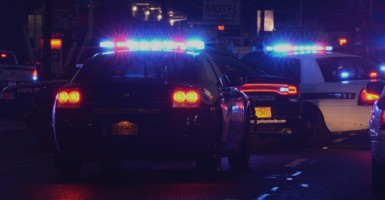 For property owners, winning forfeiture cases is exceedingly difficult and, like this case, can take years to resolve. (Photo: istockphoto)

In yet another egregious case of civil asset forfeiture abuse, Michigander John Gutowski was forced to spend years fighting the government to reclaim over $250,000 in seized assets.

Even after dropping criminal charges against him, prosecutors refused to return his property unless he agreed to let them keep $15,000 of his hard-earned money.

What was the crime in question? In 2013, federal authorities arrested John Gutowski and charged him with conspiring to commit marriage fraud. The crux of the case against him: Too many marriage applications were being filed by immigrant residents living in apartment buildings he owned.

An immigrant himself, Gutowski frequently leased his apartments to fellow Eastern European immigrants who asked for his help with affordable housing. But the government alleged that he was actually helping them to find Americans willing to marry them so that they could remain in the country.

Apparently, the evidence did not develop as prosecutors hoped, and they were eventually forced to drop the charges against Gutowski. But they held on to the $250,000 in assets they had seized, alleging that the funds were the illicit proceeds of his sham marriage operation—the very same operation prosecutors had just acknowledged they lacked sufficient evidence to prove existed in the first place.

This is a distinguishing feature of civil asset forfeiture—no criminal charges or convictions are necessary to permanently strip citizens of their property. In a civil forfeiture case, a person’s property is on trial, with the government needing to demonstrate by only a preponderance of the evidence (that is, that it is slightly more likely than not) that the property was used in, or was the result of, a crime.

It is the owner’s burden, meanwhile, to disprove this, a difficult proposition that amounts to requiring the owner to prove his or her own innocence. This differs radically from criminal law procedures that Americans are familiar with, where the burden of proof always rests with the government.

And what’s worse, under federal law and most state laws, the very law enforcement agencies that seize and forfeit property get to keep and spend the proceeds. This gives them a direct financial incentive to seize property, even under highly questionable circumstances.

The Challenge for Property Owners

For property owners, winning forfeiture cases is exceedingly difficult and, like this case, can take years to resolve. In the meantime, the unfortunate owner has to endure the hardships associated with the loss of his savings, vehicle, or whatever other property has been taken.

These two facts combine to create a situation in which prosecutors can offer “settlements” that promise the quick return of some of the seized assets in exchange for letting the government keep a portion of it. In many cases, even wholly innocent owners often have little choice but to accept the deal, cut their losses, and try to move on with their lives.

That is exactly what happened to Gutowski. On what basis did federal prosecutors believe they were entitled to Gutowski’s money?

In response to questioning, the U.S. attorney in charge of the office that handled the matter, Barbara McQuade, said, “Based on the facts of this case, we determined that a small percentage of the funds seized should be forfeited.” She could have saved a few words and said that she just wanted it.

Incentive for Law Enforcement to Seize

Here, it is almost crystal-clear that the government was more intent on making sure they walked away with some sort of “win” (and some cash) than it was in ensuring that justice was done.

Cases such as this one highlight the abusive potential of civil asset forfeiture laws and make clear the necessity of reforms at the state and federal level. The Heritage Foundation’s Meese Center has outlined nine commonsense measures to rebalance a skewed forfeiture system in its recent report, Arresting Your Property.

Maryland, Michigan, New Mexico, and other states have all passed reforms of varying sorts, and at least 21 others are considering reforming their civil asset forfeiture laws. Federal legislation has also been proposed.

Oklahoma is one of the more recent states to put forward legislation, with State Senator Kyle Loveless, R-Oklahoma City, proposing the Personal Asset Protection Act. This act would require a criminal conviction, raise the standard of proof, and ensure that proceeds from forfeited property are not directly returned to law enforcement agencies.

The fight to reform civil asset forfeiture is far from over. Cases such as Gutowski’s continue to occur with alarming frequency, and it is long past time to stop that.