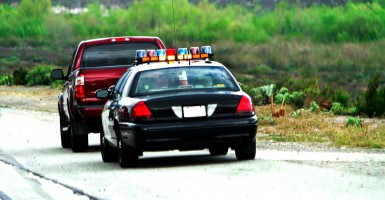 For property owners, the challenge is far greater: they must essentially prove their own innocence, and do so without an attorney if they cannot afford one. (Photo: iStockphoto)

On Jan. 21, having attained the necessary three-fifths majority in both the Maryland House and Senate, the reform became law, despite Hogan’s objections.

Thanks to the veto override, Maryland citizens are better protected against abusive and unreasonable cash and property seizures than they have been since civil forfeiture was first ramped up in the 1980s.

Back then, forfeiture was used to target the assets and ill-gotten gains of major criminal organizations and drug kingpins. Today, however, hundreds of state and federal laws authorize the seizure of property for a range of alleged crimes.

Often these seizures are backed up by little or no evidence of actual illegality. But because civil forfeiture proceedings target property, not people, there is no requirement to charge anybody with, much less convict him of, a crime. Rather, the state need only demonstrate by a mere preponderance of the evidence that the seized property, whether it be a car, a home, or someone’s life’s savings, is tied to a criminal act.

Forced to Prove Their Innocence

For property owners, the challenge is far greater: They must essentially prove their own innocence, and do so without an attorney if they cannot afford one.

All this assumes that a case has made it to court, and few do. In fact, many property seizures are never even challenged, something that advocates often point to as proof that forfeiture does indeed target criminals and their ill-gotten gains.

After all, why would an innocent man not challenge the wrongful seizure of his cash or car? The answer, it turns out, has more to do with basic economics than questions of culpability: Hiring an attorney often costs more than the value of what was seized, and the odds of prevailing in a forfeiture case are low, because it is property owners who bear the burden of proof.

Rational owners, even innocent ones, often have little interest in challenging property seizures in these cases.

Shifting the Burden of Proof

Law enforcement agencies, meanwhile, have every interest in relentlessly pursuing property seizures since, in most states, they get to keep and spend the resulting proceeds with little oversight or accountability. It has been demonstrated repeatedly that, regrettably, this direct financial incentive skews the priorities of some law enforcement agencies, with some treating forfeiture as more of a revenue generator than a crime-fighting tool.

The result is a system stacked against property owners in nearly every way. The passage of Maryland’s new forfeiture reform has begun rebalancing an abuse-prone forfeiture system.

The new law shifts the burden of proof squarely onto the government, which now must prove not only that property is tied to crime, but that the owner had actual knowledge of the crime. It also restricts cash forfeitures to amounts in excess of $300 unless the money can be “directly connected to the unlawful distribution” of drugs.

In many jurisdictions, small amounts of cash are popular targets; in Washington, D.C., for example, half of all cash seizures between 2009 and 2014 were for amounts less than $141. Given the cost and difficulty involved, seizures of such small amounts of money are highly unlikely to be challenged, which may explain why they are so common.

Banning the Transfer of Seized Assets to Federal Police

Maryland’s law enforcement agencies have generated more than $100 million through the equitable sharing program since 2000, thereby skirting a state law that officially bars them from retaining any proceeds generated from state forfeiture proceedings. What’s worse, every penny of that sum is completely beyond the control of state, county, and local legislators.

The new law does include two exceptions to the equitable sharing ban: Property may be transferred by local agencies to federal authorities if there is a corresponding federal criminal case, or if the owner consents to the transfer.

The first provision makes sense, and ensures that Maryland authorities can cooperate in federal criminal cases without compromising the intent of state law to enhance protections for property owners.

The second provision, however, raises some concerns. In the past, some unscrupulous officials have gone to great lengths to coerce “voluntary” forfeitures of property, even threatening to separate children from their parents or file trumped up charges against property owners. Fortunately, these tactics are not the norm, but such an open-ended exception presents an opportunity for them to be used in pursuit of the revenues only equitable sharing can provide.

Their legislation (S.B. 161) allows transfers to federal authorities only when the seizure includes cash in excess of $50,000 or, like S.B. 528, when there is a related federal criminal prosecution afoot. These exceptions more closely mirror those recently enacted by other states, such as New Mexico, and preserve the ability of law enforcement agencies to cooperate on major drug and organized crime cases without undercutting the due process rights of state citizens.

Last week’s veto override was a step in the right direction for Maryland property owners. But the legislature should not rest while more remains to be done. Many of the provisions contained in S.B. 161 are worthy of consideration and would take the state even closer toward the goal of resurrecting a balanced and transparent forfeiture system that protects the property rights of innocent citizens while targeting the ill-gotten gains of the worst criminal actors.

That was the goal of civil forfeiture in the 1980s, and it should be the goal once again.