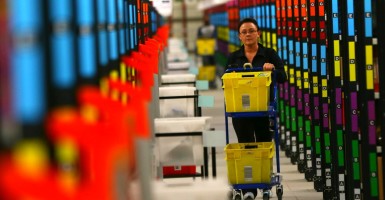 The household survey showed that the unemployment rate remained at 5 percent in November. However, most economists believe that this overstates the strength of the labor market.

Millions of Americans stopped looking for work during the recession and slow recovery. The government does not count them as unemployed. Labor force participation rates, both for the overall economy and for prime-age workers, remain well below pre-recession levels. But November had modest good news on this front. Labor force participation rates for both groups increased by 0.1 percentage points.

More good news came from the revisions to the September and October surveys. The new estimates found that employers created 35,000 more jobs than previously believed.

One figure notably did not improve in November: how long workers stay unemployed. The average duration of unemployment remained at 28 weeks, a level that has not improved since June. While fewer Americans lack jobs than before, those who do lose them still take an average of more than six months to find new work.

Another dark spot in an otherwise sunny report came in the mining sector, which lost 11,000 more jobs in November and has shed 123,000 jobs since last December. The ongoing fall in energy prices accounts for this. While less expensive gas benefits most American consumers, it has reduced investment in domestic energy production.

On the whole, the labor market appears to be growing robustly, but the wounds of the Great Recession have not fully healed.