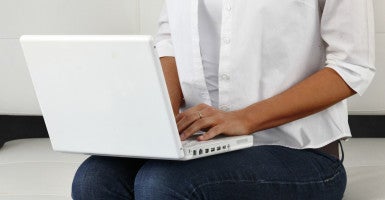 A Planned Parenthood affiliate has filed a federal lawsuit to overturn two Idaho laws that ban a practice known as webcam abortion.

In the suit filed Tuesday, Planned Parenthood of the Great Northwest and the Hawaiian Islands claims that the bans are unconstitutional. Idaho approved two laws forbidding webcam abortions earlier this year, Reuters reported.

In a webcam abortion, a woman takes abortion-inducing drugs without seeing a doctor in person. The procedures are chemical abortions administered via teleconference.

The Idaho laws require a doctor to be physically present with the woman while administering abortion-inducing drugs, and to make an effort to schedule a follow-up exam.

The drugs—mifepristone or misoprostol—are used to terminate a pregnancy during the first seven weeks.

According to the U.S. Food and Drug Administration, since approval of mifepristone in September 2000, the federal agency “has received reports of serious adverse events, including several deaths, in the United States following medical abortion with mifepristone and misoprostol.”

A spokeswoman for Planned Parenthood of the Great Northwest and the Hawaiian Islands did not immediately return The Daily Signal’s request for comment.