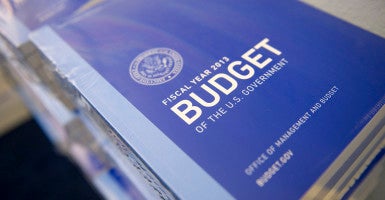 It was one of the largest prisoner re-entry programs ever undertaken. RExO (Re-Integration of Ex-Offenders) aimed to help ex-cons find jobs, thereby reducing recidivism. Over the years, the U.S. Labor Department poured almost $743 million into the program. Only one problem: it didn’t work.

And there are plenty more federal programs whose effectiveness has never been demonstrated. In some cases, they’ve backfired, leaving participants worse off than if they had never received “help.”

Missing almost completely from debates over federal funding levels is any discussion of whether the programs being bankrolled actually achieve their stated goals. American taxpayers deserve better.

Unfortunately, policymakers rarely base their funding decisions on real evidence of effectiveness. The federal government has spent decades trying to improve the earnings of low-income individuals through various employment and training programs, but the Government Accountability Office has concluded that there is little evidence indicating that any of them actually works.

It’s been estimated that only about one percent of federal non-defense discretionary spending is backed by any evidence of effectiveness. Clearly, very few federal programs have been evaluated to determine how well they’re working—or if they’re working at all.
Why waste money on programs that don’t work? Scientifically rigorous evaluation of federal programs can help public officials spend that money more wisely.

Federal departments and agencies should be required to justify every programming decision with rigorous, independent third-party studies to measure the effectiveness and efficiency of their programs. Given the dearth of evidence currently available about program effectiveness, many agencies will surely have to increase the resources they devote to testing and evaluating their programs’ impacts.

Consider the Employment and Training Administration, which operates the Labor Department’s job-training programs. For fiscal year 2014, the Obama administration requested congressional permission to let Labor Secretary Thomas E. Perez devote one percent of funds to evaluation, compared to the 0.5-percent limit imposed by Congress. While Congress appropriated $8.96 billion to the agency for various employment and training programs in fiscal year 2015, Secretary Perez, at his discretion, devoted only 0.25 percent of it—a mere $22.1 million—to finding out what works and what doesn’t. Such penny-pinching keeps policymakers in the dark as to the effectiveness of federal job-training programs.

Randomized controlled trials, especially those that are large-scale and nationally representative, provide policymakers with the best information about the performance of national programs. Small-scale studies often produce positive results that cannot be replicated. What works in Tulsa, Okla., may not work in Baltimore. Thus, the larger the study (e.g., sample size and number of sites), the more likely the federal social program will be assessed under all of the conditions under which it operates.

Evaluation results should be made public so that policymakers and the public can judge the value of programs for themselves. Unfortunately, evaluations that have found programs implemented with best of intentions to be ineffective are too often bottled up by bureaucracies trying to protect themselves. For example, officials at Labor and the Department of Health and Human Services excessively delayed the public release of evaluations that found Job Corps and Head Start ineffective.

Bringing evidence-based policymaking to government is only common sense. But it would radically alter the current approach of government, which is too focused on spending for spending’s sake (i.e., to demonstrate care or concern) or spending to appease special interests or reward political supporters.

Taxpayers deserve to see a return on their hard-earned incomes sent to Washington. Changing the federal government’s emphasis on measuring success by the amount of spending and intentions will not be easy. However, the adoption of evidence-based policymaking would be a step in the right direction for changing the culture in Washington toward funding programs that work and defunding those that don’t.

Originally published in The Hill.