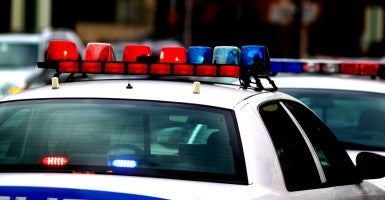 One night in 2001, 77-year-old Margaret Davis became the victim of a home invasion. A suspected drug dealer, pursued on foot by Philadelphia police, broke into her home, hid the drugs he was carrying, and absconded out the back. Police did not catch the dealer, but they did find the drugs he had left behind.

For the next 18 months, the sick and bed-ridden senior citizen had to battle the city of Philadelphia.

Ensnaring innocent property owners like Davis is a far cry from the original goal of Congress and state governments when they ramped up forfeiture in the 1980s: to relieve drug kingpins and criminal organizations of their ill-gotten gains and to deprive them of the property that they use to commit crimes.

Their proposal would introduce a host of new due process protections for property owners—including a criminal conviction requirement—and would sever the perverse financial incentives that encourage law enforcement agencies to seize property even on highly dubious grounds. The state Senate’s Judiciary Committee is holding a hearing on the bill today.

Reform cannot come soon enough. Presently, Pennsylvania law enables cash, cars, and homes to be seized if law enforcement officials suspect that the property was used to commit, or is the result of, a criminal act. Once seized, it is incumbent on the property owner to effectively prove his or her own innocence.

Can’t afford an attorney? You have to go it alone.

Meanwhile, the proceeds of successful forfeitures are retained by the very law enforcement agencies that execute the seizures and prosecute the resulting forfeiture cases.

In 2012, Pennsylvania law enforcement agencies generated $13.8 million in forfeiture revenue, funds that are exclusively controlled by those agencies and may be spent with little oversight or accountability. The conflicts of interest inherent in such an arrangement are obvious, and they raise reasonable questions about fundamental fairness and impartiality in the enforcement of the law.

A Serious Problem in Philadelphia

Philadelphia has earned a reputation for its particularly aggressive use of civil forfeiture, and the numbers are staggering. The Philadelphia district attorney’s office files thousands of forfeiture cases annually, relentlessly seeking forfeiture even after property owners have been acquitted or criminal charges are dropped. Each year, the “City of Brotherly Love” forfeits roughly 100 homes, 150 vehicles, and $4 million in cash.

To put these figures into perspective, Philadelphia’s $5- to $6-million annual haul is roughly five times the amount forfeited in all of Los Angeles County, despite having only one-sixth the population. The entire state of Michigan forfeited only eight homes last year. Philadelphia’s forfeiture revenue is equivalent to 20 percent of the appropriated budget of the city district attorney’s office. And under state law, that entire sum is available to be spent outside the normal appropriations process.

Certainly many, probably most, of these forfeiture cases target real criminals and the property used to facilitate crime.

But there are an alarming number of innocent property owners who have been swept up in Philadelphia’s forfeiture system—such as in the case of Chris and Markela Sourovelis, whose home was sought for seizure after their son sold $40’s worth of drugs.

Then there are Hank Mosley and Tanya Andrews, two residents whose only crime was living in the same boarding house as a suspected drug dealer. During a raid, police entered each of their rooms and seized $2,000 from Mosley and $1,500 from Andrews.

The city incorrectly listed each of their sums as being in the dealer’s possession and thus subject to forfeiture. Rather than acknowledge the mistake, the city fought to keep their money. Andrews had to appear five times in court to win back her money; Mosley had given up and moved to Colorado. He missed a court date, and his money was forfeited by default.

Clearly, civil forfeiture has strayed from its original purpose. Too often, questions of guilt and innocence are approached with a casual indifference that is unacceptable in the enforcement of the law.

A Good Step Toward Reform

This week’s hearing in Pennsylvania is a hopeful sign. The proposed reform contains many of the same reforms as those proposed by Heritage’s Meese Center in its forfeiture report, Arresting Your Property.

The bill would eliminate forfeiture’s perverse financial incentives by redirecting proceeds to the state or county general fund, depending on the jurisdiction. State and local agencies would be banned from participating in the federal equitable sharing program, which allows them to transfer property to the federal government in exchange for 80 percent of the resulting proceeds.

If this loophole is not closed, state and local agencies could simply bypass any new reforms by referring forfeiture cases to federal authorities.

Like New Mexico recent reforms, the Pennsylvania bill would require that a criminal conviction be obtained before property can be forfeited and would raise the burden of proof in forfeiture proceedings to “clear and convincing evidence.”

The current standard, a “preponderance of the evidence,” is too low, given that what is often at stake is a family home or a life’s savings. However, requiring a criminal conviction may be a bridge too far—there are certainly instances where a crime has doubtless occurred, but the owner is beyond the reach of U.S. authorities, or where criminal prosecution is impossible.

Lawmakers would be wise to consider such circumstances in their reform efforts.