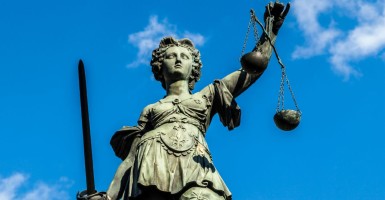 A lawsuit filed in March by Dixie State University students was settled last week, resulting in a revision of the university's speech codes. (Photo: iStock Photos)

The right to free speech gained new ground last month—not in some distant land, as one might expect, but at Dixie State University, because of three students who refused to be silenced.

The case of Jergins v. Williams, a lawsuit filed on March 4, 2015, by students William Jergins, Forrest Gee, and Joey Gillespie, ended in a settlement on Sept. 17 that resulted in a major revision of Dixie State’s once restrictive speech codes.

Jergins was a senior at Dixie State when the events that led to the lawsuit began. According to an article he wrote for the Young Americans for Liberty (YAL) website, Jergins and some of his fellow students started a YAL club in the fall semester of 2014. Due to delays caused by the university’s lengthy approval process, the club could not be active until a month and a half after the beginning of the semester.

“Knowing the long delay had cost us a lot in terms of student interest and engagement, we attempted to hit the new semester hard with as many events as quickly as possible,” said Jergins in his article. “And that’s where the real trouble began.”

Afterward, Jergins proposed a free speech wall display on campus to generate interest in the club. The university responded by telling Jergins and his fellow club members that they could display their free speech wall only in a designated free speech zone.

Jergins was at a loss, until he met a representative from the Foundation for Individual Rights in Education at a YAL conference in New Orleans, La., and explained his club’s plight.

“He gave me his contact information and he followed up a week later and we decided on the lawsuit in the conversations that followed,” Jergins said.

When asked if the university was cooperative when faced with the lawsuit, Corn-Revere, a partner at Davis Wright Tremaine LLP, said they were forthcoming.

“I think shortly after we filed the complaint they engaged in fairly constructive dialogue, asked us for advice on how to change their speech codes, and I think as a result we came to a fairly productive outcome.”

As for how the students reacted, Jergins said he and his fellow club members met a mostly positive response.

“Everybody in the club I was talking to were getting overwhelmingly positive responses,” Jergins said. “I know there were a lot of people who didn’t understand the importance of what was going on at first, but then, after talking with them, they came around. It was a small amount of people who really thought about it and got into it and were pretty much on our side.”

Corn-Revere added that the situation with Dixie State’s speech codes was not unusual among U.S. universities.

“The law is clear, and it is speech-protective, but in practice most schools have policies that have First Amendment problems,” Corn-Revere said.

“The problem of speech codes really began in the late ’80s and early ’90s, when schools created restrictive speech codes as a way to be more politically correct. They were brought to court, and the courts threw those codes out as unconstitutional. As a consequence, most people believed that the problem was over because the courts had ruled on it and upheld First Amendment rights. In reality, many schools adopted unconstitutional speech codes and created what is laughably referred to as ‘free speech zones.’”

Corn-Revere believes that the key to changing this problem is a combination of litigation and bringing the issue to the public’s attention, which is what Jergins said he hopes will happen.

“I would encourage other universities to look at those speech codes that are unconstitutional and damaging to their students, and I would hope that they would repeal those codes,” Jergins said. “I think it’s absolutely terrible that there are universities who are infringing on First Amendment rights.”

Jergins explained in his article that limiting free speech limits the potential for learning.

Andrew Kloster, a legal fellow at The Heritage Foundation’s Edwin Meese III Center for Legal and Judicial Studies, said the result of Jergins v. Williams is a welcome victory against the problem of censorship in universities across the nation.

“It’s great to hear of another public school living up to its First Amendment obligations,” Kloster said. “In today’s politically correct environment, too many school administrators err on the side of censorship, sometimes even acting like petty dictators and quashing expression they simply don’t agree with. But the uniquely American right to mock our political leaders is at the core of what the First Amendment protects. Going forward, public universities in particular should be on notice that violating free speech rights opens them up to constitutional lawsuit.”

Dixie State University did not respond to The Daily Signal’s request for comment.