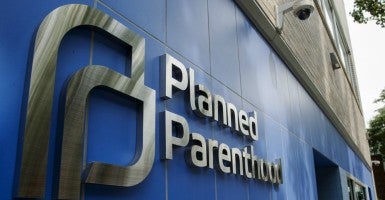 House conservatives hoping to make what they believe is the strongest play to strip Planned Parenthood of its federal funding face an unsettling reality: Many in their conference don’t want to risk even the prospect of a government shutdown.

According to Politico, the poll, conducted in 18 swing districts by the GOP firm The Tarrance Group, showed that 64 percent of respondents would not favor a shutdown to try to stop the organization’s federal funding, compared to 30 percent who favor shutting the government.

This meeting followed another on Wednesday, where a vocal majority of House members expressed concern on how flirting with a shutdown could actually hurt the pro-life movement.

“The general consensus was that attaching [defunding Planned Parenthood] to funding the government is risking a shutdown,” said Rep. Mark Meadows, R-N.C., a leader of the conservative House Freedom Caucus.

“There was more opposition to that than anything else. Risking a government shutdown is not supported by the majority of the conference.”

Though Meadows said the Freedom Caucus is not backing down from its pledge to vote against any funding bill that provides taxpayer dollars to Planned Parenthood, he hinted at the challenge facing lawmakers.

“A lot of us are in a moral dilemma,” Meadows told The Daily Signal. “We don’t want to fund the selling of baby parts but we have to look at a pragmatic approach to advance the cause.”

While the House has not settled on a firm path forward for the Planned Parenthood fight, a few things are clear.

On Friday, the House will vote on two measures related to abortion.

The Defund Planned Parenthood Act of 2015 (H.R. 3134), sponsored by Rep. Diane Black, R-Tenn., would halt all federal funding of Planned Parenthood for one year to allow Congress to investigate allegations that the nation’s largest abortion provider engaged in illegal activity.

Conservatives fear that Black’s standalone defunding bill will be nothing more than a “show vote” because Senate Democrats would likely filibuster this legislation if it were to reach the upper chamber. President Barack Obama has vowed to veto both House bills.

Black herself is reluctant to risk a shutdown of the government.

“Congressman Black’s goal is to shut down Planned Parenthood, not the federal government,” her spokesman, Jonathan Frank, told The Daily Signal. “She has always said that she supports attaching Planned Parenthood defunding language to a Continuing Resolution or other must-pass legislation, but that if the president vetoes such a measure we must be prepared to act quickly to move this fight forward while avoiding a government shutdown—which does not defund Planned Parenthood and would only embolden our radically pro-abortion president.”

Frank added: “We agree with National Right to Life President Carol Tobias that a government shutdown does not strengthen our movement in the long- term.”

Susan B. Anthony List president Marjorie Dannenfelser said in a statement last week that no federal funding should be “sent to an enterprise that has relentlessly increased its commitment to expanding abortion and profiting from the gruesome work of extracting the brains, lungs, livers, thymuses, and other remains of our brothers and sisters before birth.”

“We endorse and support immediate passage of legislation, including any continuing resolution, so long as it ensures not a single penny of taxpayer dollars goes to Planned Parenthood,” Dannenfelser added.

The other definite in Congress is that the Senate will vote next week on the Unborn Child Pain Capable Abortion Protection Act, a bill banning abortions after 20 weeks, with exceptions.

The House already passed this bill, but it faces an uphill battle in the Senate.

With seven legislative days left to pass legislation to fund the government, House and Senate Republicans have discussed delaying the fight over Planned Parenthood funding or using the budget reconciliation process.

Budget reconciliation is a tool that gives Congress the power to pass legislation with a simple majority—avoiding a Democratic filibuster in the Senate. Republicans in both chambers of Congress have advocated for using reconciliation to roll back Obamacare, and conservatives are skeptical of using it for Planned Parenthood.

“The problem is we have been promised things before, and that never happens,” said Rep. John Fleming, R-La., in an interview with The Daily Signal. “Just because they float an idea out there, I can’t be certain they will do it. I can’t trust that.”

Fleming, who is also part of the Freedom Caucus, promised to uphold the group’s pledge to oppose any short-term government funding bill—known as a continuing resolution—that includes money for Planned Parenthood.

“Obviously, leadership in the House wants to make the case that the last shutdown harmed us,” Fleming said.

“The question is how far do we push this to get all—or at least some—of what we want, without promoting a shutdown, which no conservatives are doing.”

With few days left to decide, there’s doubt the House will pursue the “big battle”—stripping Planned Parenthood’s funding at any cost.

“I do not get the sense we are backing away,” Fleming said. “We know in reality that the big battle will probably fail in achieving our goals. But we have to fight anyway as hard as we can.”