Evaluation Shows Yet Another Government Program Fails to Produce Results 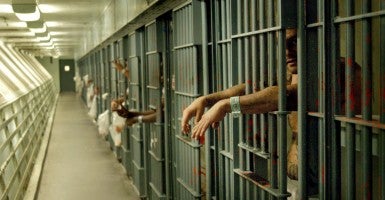 The Department of Labor has released the results of its two-year evaluation of the federal program Reintegration of Ex-Offenders (RExO), designed to help ex-offenders find employment and reduce recidivism.

The evaluation provides evidence that the RExO grants are ineffective. While disappointing, the results are not surprising: Failure is the norm for federal social programs.

The program began as a combined initiative of the U.S. Departments of Labor and Justice and other federal agencies in 2005. It provides grants to local organizations to administer employment-focused prisoner re-entry programs.

While members of the program group were more likely to receive employment and mentoring services than their counterparts in the control group, these services had only a slight effect on employment and earnings, while having no impact on criminal justice outcomes.

The services provided by the RExO grantees had a slight effect on the employment and earnings of participants. One year after random assignment, the program group had a 3.5-percent higher rate of working at all during the year, compared to their counterparts in the control group.

However, during the following year, the rates of participation in work by the program group were not different from those of the control group.

Using administrative data, the services provided by the RExO grantees failed to improve upon the recidivism, convictions, and reincarceration rates of participants. Over the two-year follow-up period, 42.0 percent and 43.2 percent of the program and control groups were arrested, respectively—a statistically indistinguishable difference of 1.2 percent.

Further, the services provided by the RExO grantees failed to have an impact on convictions for new crimes, including violent, property, and drug crimes. Members of the program group were no more or less likely to be admitted to prison for new crimes or parole/probation violations.

Members of both groups averaged 76 days incarcerated during the two-year period. The evaluation authors conclude that the criminal justice results based on administrative data provide “no evidence whatsoever of any impacts of RExO.”

The results of this scientifically rigorous evaluation have important ramifications for advocates of federal involvement in prisoner re-entry programs and congressional attempts to pass versions of the Second Chance Reauthorization Act in the Senate (S. 1513) and the House of Represenatives (H.R. 3406), which would fund programs similar to those of RExO grantees.