A California Judge Needs a Lesson in the First Amendment 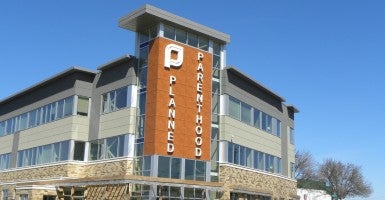 Late Wednesday, the Los Angeles Superior Court issued a temporary restraining order (TRO) banning the Center for Medical Progress from releasing video of a meeting with three StemExpress employees at a restaurant last May, potentially violating fundamental First Amendment precedents that bar prior restraints on speech.

The Center for Medical Progress (CMP), a group of “citizen journalists dedicated to monitoring and reporting on medical ethics and advances,” has released four undercover videos exposing Planned Parenthood’s program of selling aborted babies’ body parts—and they promise that more videos are on the way.  According to the Associated Press, StemExpress is a “Placerville-based company started in 2010 that provides human tissue, blood and other specimens to researchers.” Planned Parenthood is one of StemExpress’s main suppliers.

In one of the videos already released, Holly O’Donnell, a former StemExpress employee, said, “We were asked to procure certain tissues like brain, livers, thymus, pancreas, heart, lungs and pretty much anything on the fetus. It’s basically a huge trafficking of fetal tissues … StemExpress is a company that hires procurement techs to draw blood and dissect dead fetuses and sell the parts to researchers.”

It is clear from the video that O’Donnell was not filmed undercover—she voluntarily related her experiences because of how terrible she felt about what she had done. “I could feel death and pain shoot up my body,” O’Donnell said about seeing and touching the aborted baby parts.

No one can credibly argue that these videos are not news or that the First Amendment does not apply to the vital and important work that CMP is doing to expose potentially illegal and certainly sickening behavior by Planned Parenthood and StemExpress.

Clearly concerned about what other horrendous details may come out in the yet to be released videos, StemExpress filed a complaint this week alleging receipt of stolen property as well as a number of other claims.

One of the undercover videos that StemExpress has temporarily stopped from being publicly released is one in May in which StemExpress executives Catherine Dyer, Megan Barr and Kevin Cooksy met with CMP at a restaurant in El Dorado Hills, Calif.

That poses quite a problem for StemExpress and throws doubt onto the legitimacy of its legal claim and the court’s granting of a temporary restraining order. It is unreasonable to expect that communications made in a public restaurant will not be overheard, which would put CMP squarely within the exception in §632(a).

In fact, the Los Angeles-based appeals court confirmed this in Wilkins v. National Broadcasting Company (1999) when it ruled in favor of undercover reporters from NBC’s Dateline who pretended to be potential investors in a company that sold “toll-free” 800 phone lines that fraudulently billed people for the services.

The reporters videotaped a lunch meeting with company executives, and the court concluded that the executives had “no objective expectation of privacy in their business lunch meeting” or that the conversation “would not be divulged to anyone else.”

StemExpress obviously realized that this was a problem because its lawyers, McDermott Will & Emery, say in the complaint that StemExpress chose this restaurant “because of the private nature of its seating.” That is a pretty weak way of trying to get around this statutory exemption, although it apparently worked with the state judge in this case.

StemExpress also claims that the videos that have been released were “purposely edited in a way to paint the doctors in a negative and factually-misleading light,” subjecting the company to harassment and harming its business. Of course, the problem with this claim is that in each case, CMP has also released the full, unedited video.

The temporary restraining order issued by Judge Joanne B. O’Donnell is limited, enjoining CMP from releasing the video from last May. The court rejected StemExpress’ demand that CMP take down documents the group received from StemExpress including a supply agreement and price list for “fetal liver and material blood specimens.” The order will be in place until August 19, when the court holds a hearing on the matter.

Whether or not StemExpress succeeds on the merits of its claims against CMP for invasion of privacy, the appropriate remedy is not the suppression of speech. What CMP has done is not at all different from the undercover videos that other media sources like CBS’ “60 Minutes” are famous for.

Prior restraint—censorship of speech by the government—is one of the chief harms the First Amendment was meant to prevent. As the influential English legal scholar William Blackstone wrote:

The liberty of the press is indeed essential to the nature of a free state; but this consists in laying no previous restraints upon publications… Every freeman has an undoubted right to lay what sentiments he pleases before the public; to forbid this, is to destroy the freedom of the press…

The Supreme Court and Free Speech

The Supreme Court has routinely ruled against attempts to censor free speech. The Court noted in Nebraska Press Association v. Stuart (1931) that such prior restraints are the “most serious and the least tolerable infringement on First Amendment rights.”

In that case, a trial judge barred the local papers from reporting on certain aspects of a murder trial to ensure the defendant received a fair trial, but the Supreme Court reversed, writing that “a whole community cannot be restrained from discussing a subject intimately affecting life within it.”

In Near v. Minnesota, the Court overturned a state nuisance law allowing for the suppression of newspapers that published “malicious, scandalous, or defamatory” material, noting that a free press is “especially cherished for the immunity it afforded from prior restraint.” The fact that these videos are proving to be “scandalous” for Planned Parenthood and StemExpress is not a valid reason to restrain their publication.

In New York Times v. United States (1971), the Court ruled in favor of the New York Times in its bid to publish the classified (and stolen) Pentagon Papers and determined that civil or criminal proceedings after the fact would be the appropriate sanction for any misdeeds, rather than prior restraints on speech and publication.

In a concurring opinion, Justice William O. Douglass wrote, “These disclosures may have a serious impact. But that is no basis for sanctioning a previous restraint on the press.” Another concurring opinion written by Justice Hugo Black observes, “Both the history and the language of the First Amendment support the view that the press must be free to publish news, whatever the source.”

Further, parties like StemExpress asserting privacy claims in order to prevent publication of unfavorable information generally have not fared well in court.

For example, in CBS Inc. v. Davis (1994), Justice Harry Blackmun stayed an injunction that would have stopped CBS’ “48 Hours” from broadcasting surreptitiously recorded footage of a South Dakota meat-packing company’s unsanitary facilities, finding that “indefinite delay of the broadcast will cause irreparable harm to the news media that is intolerable under the First Amendment.” He wrote that while the “prohibition against prior restraints is by no means absolute, the gagging of publication has been considered acceptable only in ‘exceptional cases.’”

Further, Blackmun pointed out that even “where questions of allegedly urgent national security…or competing constitutional interests…are concerned,” prior restraint is appropriate only when “the evil that would result from the reportage is both great and certain and cannot be mitigated by less intrusive measures.”

Thus, StemExpress’ desire to avoid further ridicule, criticism or scandal for its nefarious involvement in the gruesome harvesting and sale of aborted babies’ body parts does not outweigh the public interest in seeing these videos. No one can credibly argue that these videos are not news or that the First Amendment does not apply to the vital and important work that CMP is doing to expose potentially illegal and certainly sickening behavior by Planned Parenthood and StemExpress.

Though the California court halted the Center for Medical Progress from releasing videos from the meeting in May for now, this won’t (and shouldn’t) be the last word.

This piece has been added to.