15 Beautiful Stories Behind the Trend #UnplannedParenthood 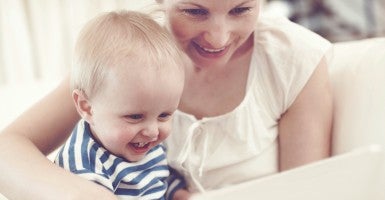 On Wednesday, pro-life supporters used the hashtag #Unplanned Parenthood on Twitter to share their personal stories about deciding against abortion. (Photo: iStockphotos)

Pro-life supporters took to Twitter on Wednesday to reveal their personal stories regarding adoption, pregnancy and choosing life.

Playing off of the name “Planned Parenthood,” the social media hashtag #UnplannedParenthood is filled with many people sharing their stories of deciding against abortion, even in the midst of difficult times, and celebrating that decision years later.

I was 22. She was 19. Neither of us ready to be parents. But we got ready. Fast. And got Blessed. Abundantly. #UnplannedParenthood

Me and my mom when she was 16. She chose life against other “advice” #unplannedparenthood pic.twitter.com/Cb7tWMjlgl

We were 14 and scared but we did it and we stayed together. 25 years later, married, 6 kids,2 grandkids! #blessed #UnplannedParenthood — Annette Martinez (@annettenart) July 29, 2015

My parents weren’t married & were substance abusers when they found out about me. They chose me over an easy life. #UnplannedParenthood — Baylee Young (@bayleestarrlyn) July 29, 2015

i was 16. they said she would “ruin my life” she made it worth living. she saved me. #UnplannedParenthood pic.twitter.com/JnQ1iUggZi — ?omaholic² (@mastermatriarch) July 29, 2015

As a child who was adopted by my awesome parents, I’m loving this: #UnplannedParenthood. Life is not a mistake.

#UnplannedParenthood Had a mountain of debt. We could’ve made “the other choice,” but we said no. She just turned 4. pic.twitter.com/r2BcMf0caZ — Cardkillah (@Cardkillah) July 29, 2015

#UnplannedParenthood is a blessing. My blessing just turned 19 on Sunday. Best son ever. — TheRealTerri (@CantBelieve10) July 29, 2015

I can’t read the #UnPlannedParenthood posts without weeping. This is why abortion must be abolished: there should be 57 million more stories — Charles E. Holsworth (@CeHolsworth) July 29, 2015

One of my favorites. Deaf and has Down’s. Glad his parents chose life, he brightens mine. #UnplannedParenthood pic.twitter.com/vWieo4mC7V — E. (@deaf_erin) July 29, 2015

Twitter shows me the worst of humanity on display regularly. It’s disheartening. But then Twitter shows me #UnplannedParenthood. Amazing. — Dougiefresh (@Thefoulfellow) July 29, 2015

>>> Read About ‘The Pro-Life Comeback’ in The Heritage Foundation’s 2015 Index of Culture and Opportunity.