What’s Driving the Downturn in Number of Abortions 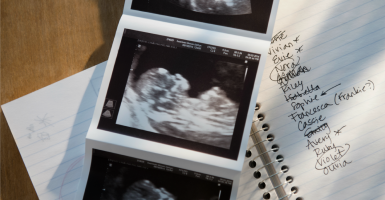 Charmaine Yoest is a vice president of The Heritage Foundation, where she leads the Institute for Family, Community, and Opportunity. Yoest previously served in the Trump administration in the White House and the Department of Health and Human Services.

The data on the abortion rate in the United States for 2014 has not been updated since 2011. And that is just the beginning of the problems with American abortion data. The paucity and poor quality of data on abortion in our country are worthy of note in and of themselves. While the better-known aphorism is “what you subsidize, you get more of,” there seems to be a lesser-known corollary guiding abortion politics: “What you don’t measure doesn’t matter.”

Abortion data is collected by the Centers for Dis­ease Control on a purely voluntary reporting basis. And even that is done incompletely. For example, California, Maryland, and New Hampshire do not report their abortion statistics to the CDC. The Gutt­macher Institute—the research arm of the abortion lobby—conducts an annual survey of abortion pro­viders that provides an alternate, but still non-com­prehensive, source of accounting.

>>> Read the 2015 Index of Culture and Opportunity

With those caveats, the trend shows a dramatic, and consistent, downturn in the long-term abortion rate. Assuming the drop in the abortion rate holds once we finally get updated statistics, we now have fewer abortions than at any time since legalization in 1973.

This is a seismic shift. Despite all of the abortion lobby’s apparent surface success, its foundation is cracking. A survey of the landscape reveals three fac­tors driving and sustaining this encouraging trend.

First, and perhaps most significant, is the two-pronged advance of science related to the unborn child. Improvements in sonogram technology have made the life of the fetus difficult to deny. Coupled with the compelling images is the advancement of fetal surgery, driving the line of viability ever lower. Together these two elements are unassailably pow­erful in shaping how Americans think about the lives of unborn babies.

Second, there has been a dramatic increase in state-based laws defending life and affecting the abortion industry. This too is a trend with a much longer runway than has been reported. Although significant attention has been focused on the dramatic uptick in state-based legislation since the 2010 mid­term elections, the increase in state regulation of abortion has earlier antecedents.

In the early 1980s, Americans United for Life hosted a summit from which emerged a new state-level strategy of creating immediate real-world abortion limits, but also creating legal tests of the reach of Roe.

While news reports have highlighted the post-2010 surge in pro-life laws—some 260 pro-life laws have been passed across the country since that elec­tion—the previous decade, 2000 to 2010, had already seen a more gradual increase, totaling at least 175 new pro-life laws.

A third factor in the decline of the abortion rate is a focus on the underpinnings of Big Abortion. Gov­ernment supports Planned Parenthood, the larg­est abortion provider in America, to the tune of hundreds of millions of taxpayer dollars each year. Government subsidies are propping up an industry increasingly exposed for its reprehensible practices. Legal abortion is the back alley of American medi­cine, with which fewer and fewer doctors are willing to be associated. And as more states pass commonsense regulations requiring abortionists to come under the same scrutiny as other businesses, fewer abortion clinics are willing to comply, revealing the substandard conditions to which women have been subjected over the past 40 years.

All of these factors contributing to the decline in the abortion rate continue to deepen and grow in strength. At the same time, government subsi­dies to the abortion industry are increasing, provid­ing a countervailing force. The next release of data, flawed though it is, will help to reveal how those fac­tors interrelate—and ultimately affect the abortion rate moving forward.