This 71-Year-Old Woman Didn’t Commit a Crime. But She Fought the Government to Get Her Seized Jeep Back. 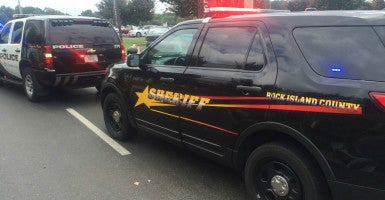 A 71-year-old woman in Rock Island County, Ill., found herself in the middle of the complex system of civil forfeiture laws as she successfully fought to have her Jeep Compass returned after it was seized by law enforcement for a crime she didn’t commit.

Judith Wiese’s car was seized under Illinois civil forfeiture laws after her grandson was arrested for driving with a suspended license. As the city moved to forfeit the car, the 71-year-old challenged the seizure in court and was successful, getting her Jeep back yesterday.

Experts say her experience highlights issues with the civil forfeiture system, and particularly vehicle seizures that occur when the owner of the property didn’t commit the crime.

“You wind up trapping somebody who had nothing to do with the offense in the forfeiture system and essentially punishing them for conduct which they’re not responsible for,” Jason Snead, a policy expert who has studied civil forfeiture, told The Daily Signal.

According to a forfeiture complaint filed with the Illinois courts, a deputy with the Rock Island County Sheriff’s Department pulled over Lukus Baker on Aug. 31, 2015, for driving with a suspended license, the result of an arrest for driving under the influence in December 2014.

Baker was driving a 2009 Jeep Compass, which the county said he frequently used, when police pulled him over that August night. After they arrested him, law enforcement seized the car under a subset of Illinois forfeiture law that allows for forfeitures when the person’s driving privileges have been revoked because of a DUI.

The Jeep, however, didn’t belong to Baker, as he had borrowed the car from his grandmother, Wiese.

According to Quad-Cities Online, Wiese, of Moline, Ill., lent Baker her car only after he promised he had resolved prior court obligations.

Baker hadn’t, and Wiese didn’t know that police seized her Jeep Compass until Baker was arrested.

The 71-year-old decided to fight the government in court to get her Jeep returned. Her car was returned yesterday after she paid a $150 fee, according to the Rock Island County state’s attorney’s office.

Civil forfeiture is a tool that gives law enforcement the power to seize cash, cars, and property if they suspect it’s related to a crime.

The tool’s original intent was to help local, state, and federal law enforcement curb money laundering and drug trafficking. However, in recent years, critics of the practice say civil forfeiture has strayed from its intended purpose and is now being used to “police for profit.”

In many cases, the property owner involved is never charged with a crime.

According to the Institute for Justice, a public interest law firm in Arlington, Va., Illinois has some of the worst civil forfeiture laws in the country, earning a “D-” in a recent report grading the states. Law enforcement agencies in the state can keep 90 percent of the proceeds from cash, cars, and property seized.

In Rock Island County, specifically, according to Quad-Cities Online, county prosecutors filed close to 1,500 forfeiture petitions from 2010 to May 2015. The state has won nearly all of those cases—1,200—and seized $2 million in cash, 500 cars, and 14 properties, with the proceeds going to a variety of local and state law enforcement agencies, as well as the prosecutor’s office.

For civil forfeiture opponents, Wiese’s case demonstrates many of the issues they have with law enforcement’s use of the tool.

According to Quad-Cities Online, Wiese originally told an associate judge presiding over her case she couldn’t afford a lawyer, and property owners don’t have a right to one under civil forfeiture.

Additionally, the burden was on Wiese, not the government, to prove that she didn’t know about the crime that was being committed—driving with a suspended license—with her Jeep Compass.

“That’s a complete inversion of the standard that the burden is supposed to be on the government, which is what most Americans are familiar with through the criminal justice system,” Snead said.

Snead said Wiese could’ve used the “innocent owner defense,” but that would’ve required Wiese, not the government, to prove she didn’t know about the crime that was committed or didn’t consent to it.

“She has to prove a negative—that she didn’t know her grandson was driving with a suspended license,” he said. “In this case, the burden is on her to disprove the government’s theory.”

Not only does Wiese’s case hit on what experts say is abuse of civil forfeiture by law enforcement, but it also calls attention to the practice of police seizing vehicles from drivers who sometimes aren’t the owner of the car.

Such a practice is common specifically among those arrested for driving under the influence.

“The biggest motivation in specifically [DUI] forfeitures are people who don’t have licenses because of a DUI are a danger on the road,” Rock Island County Assistant State’s Attorney Justin Umlah told The Daily Signal. “Actually removing their vehicle stops them from driving. In the majority of the cases, the person who did the criminal act is actually the person who registers and owns the vehicle. Some people are getting savvy enough to have their vehicles in someone else’s name other than their own to make it less likely that it will be seized.”

While law enforcement say they view the use of civil forfeiture in such cases as a way to deter people from driving while intoxicated, Snead said it can leave innocent people fighting for property they weren’t aware was being used in a crime.

“We’ve seen in other states—New Mexico, for example—where the theory behind these laws is you’re trying to get the owner to take responsibility for someone else who’s been convicted of a DUI,” he said. “But what you wind up seeing is, you have little control over that person’s conduct, as exemplified in this situation, where the grandson lied to his grandmother and she believed him.”

New Mexico passed sweeping civil forfeiture reforms last year. However, Albuquerque officials are currently involved in a lawsuit because of the city’s continued efforts to seize and forfeit cars driven by those arrested for drunk driving. The city admitted that many of the cars belong to innocent third parties.

“There are so many other methods available to local governments that want to police drunk driving besides forfeiture that would be more effective,” Snead said. “What is the deterrent effect if, as we’ve seen in some cities like Albuquerque, as many as half of the people who are having their cars forfeited aren’t the intoxicated driver? What’s the deterrent effect there?”

In the wake of multiple reports involving Americans who had property seized yet were never convicted of a crime, civil forfeiture opponents have mounted efforts in state legislatures across the country to reform state civil forfeiture laws.

Umlah said he doesn’t feel that Rock Island County abuses the practice, though he contended that no system is perfect.

“The vast majority of forfeiture cases we handle, either narcotics-based or involving suspended licenses, are ‘I own the vehicle, and I know I’m not supposed to be driving,’” he said. “No system is perfect, the same way people get wrongfully convicted in this country. As with everyone, I’m open to make any system better. I think it’s used for its intended purpose.”